8 Things You Didn’t Know About the Australian Shepherd 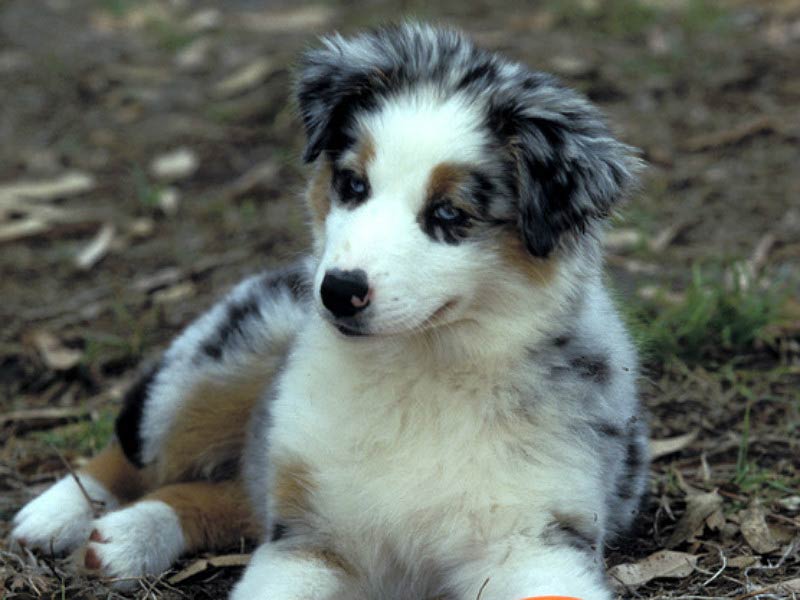 The Australian Shepherd, or Aussie for short, is one of the most popular breeds in the United States. Their boundless energy and high intelligence make them fun, entertaining, and hardworking pets and assistance dogs. Here are some interesting facts about the Australian Shepherd:

1. They Are Not Actually Australian

2. They Gained Popularity From Rodeos

American ranchers loved Australian Shepherds because they were great herders, but Aussies rose to fame among the general population because of their frequent appearances in rodeos. Not only could Aussies help herd the bulls, they could also perform tricks.

3. They've Had Many Names

Legend has it that Native Americans called Australian Shepherds “ghost eye” and thought they were sacred. These dogs do not always have blue eyes, but pale blue, “ghostly” eyes are common among the breed.

The Australian Shepherd is one of a few dog breeds that commonly have two different colored eyes, called heterochromia. Aussies might have any combination of brown, blue, hazel, amber, or green eyes. Some Aussies even display more than one color within the same eye.

6. Many Have Naturally Short Tails

In addition to having a genetic predisposition for heterochromia, Aussies have a one-in-five chance of being born with a naturally bobbed tail, also known as a very short tail. Ranchers purposely bred Aussies that had these naturally short tails because they are safer when it comes to herding.

7. Aussies Have Many Jobs

In addition to being herding dogs, Australian Shepherds serve as Seeing Eye dogs, hearing dogs, drug sniffing dogs, and search and rescue dogs. Because of their high intelligence, Aussies are well suited to do a wide variety of jobs.

8. One Aussie Was a Frisbee Champion

An Australian Shepherd, named Hyper Hank, rose to fame for his Frisbee skills in the 1970s. Hank and his owner, Eldon McIntire, dominated canine Frisbee competitions, and they even got to perform at the Super Bowl and play with the Carter family at the White House.