The Japanese Chin Is an Aristocratic and Playful Little Companion 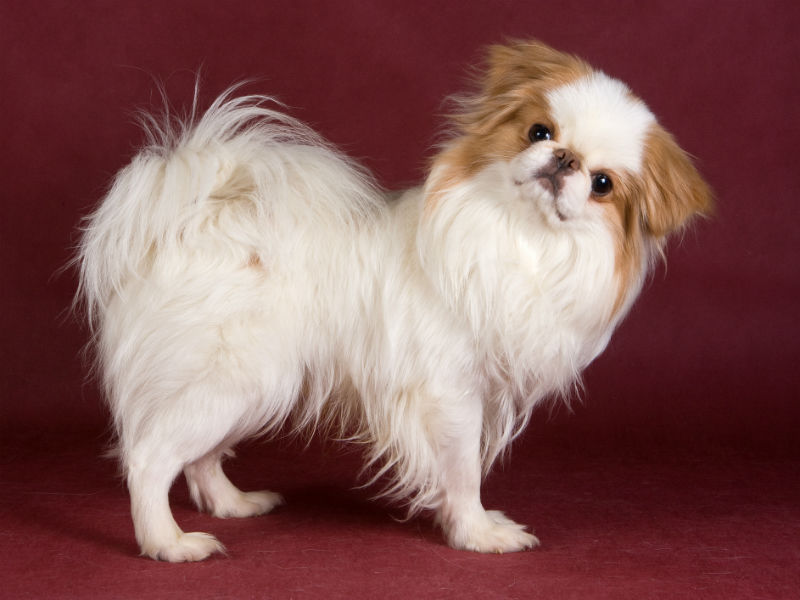 The noble Japanese Chin (Chin) is a lively little dog with an aristocratic air. He is small, yet solidly built, with an inquisitive and intelligent expression. Here are eight interesting facts about this sensitive and playful member of the Toy Group.

1. The history of the Chin can be found within the royal courts of both China and Japan. It is known that small dogs traveled the Silk Road with traders many centuries ago. Buddhist monks accepted some of these dogs as pets and, within the monastery walls, developed various types of dogs through selective mating. The monks eventually gave some of these dogs to traveling dignitaries who took them back to their Imperial Palaces.

2. Within the palaces, eunuchs, whose main task was to satisfy the dogs' every need and want, guarded the Chin. The dogs were considered valuable treasures, and they could only be owned by royal families and not by peasants. The Chin’s royal heritage can still be seen in his demeanor. They give off a haughty air of nobility and seem quite convinced that a human’s role is still to cater to their every whim.

3. “Japanese Chin” is an inaccurate name. The earliest origins of this breed are to be found in China, not Japan. Many historians believe that the Pekingese, which also has his origins in China, was developed from the Japanese Chin (among other breeds).

4. Surprisingly, the stylish Chin shares several characteristics with cats. They are adept climbers and enjoy being on top of things. You are likely to find your Chin resting on the back of your easy chair or sofa rather than on the seat cushion. They are also cat-like in their grooming habits, and they typically wash themselves by licking their paws and rubbing them across their faces.

5. Another unusual trait of the Chin is his tendency to snort, also known by Chin fanciers as a “snizzle.” The dog will blow hard out of his nose, resulting in a fine mist of exhalation. This isn’t the sign of a respiratory infection, but instead is due to his flat face. Reverse sneezing is also common in the Chin and is not usually a cause for concern.

6. The Chin’s gorgeous coat is straight, soft, and silky, and according to the breed standard comes in either black and white, red and white, or black and white with tan points, also called tricolored. The tail is plumed, and the rear end is heavily coated into pants or culottes. Because the coat is single-layered, along with its silkiness, it is not prone to matting. It only requires brushing once or twice a week, although more frequent brushing when the dog is shedding will help keep things under control.

7. The adult coat of the Chin doesn’t come in until the dog is more than one year old. Puppies lose a great deal of their coat between 5 and 12 months of age, so dogs in their teen months can look almost naked before things begin to fill out again.

8. The Chin’s main purpose is to serve as your companion. Although they can be reserved with new people and new situations, they are affectionate and good-natured with the people they know. They are easy to take care of, but make no mistake, they are giving you permission to take care of them. They will look at the household as their domain and you as their loyal servant. But because they are so delightful, you will love every minute of your service.