8 Fun Facts About the English Foxhound 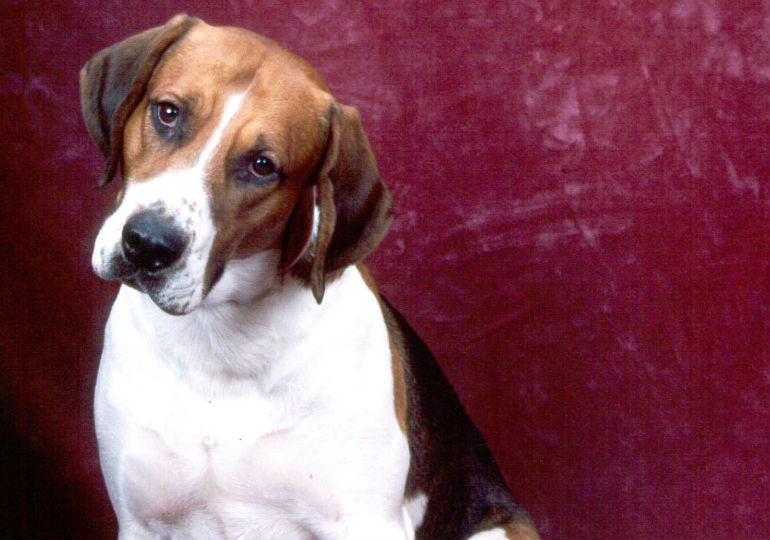 The English Foxhound is a versatile hunter and member of the Hound Group. This determined scent hound can be taught to hunt almost any ground-dwelling quarry, although traditionally it was used for foxhunting and can still be found in that same role today. Here are some fun facts about this sociable field companion.

1. The English Foxhound has a great nose for hunting fox and similar prey, such as coyote. They are used in the sport of foxhunting, where horse-mounted riders chase wild quarry with a pack of hounds. The hounds track the fox, and the riders follow behind, listening for the hounds’ vocalizations once the prey has been located.

2. Early references to the Foxhound date from the late 1500s, as foxhunting became popular in Britain. By 1750 there were 50 Foxhound kennels in England. By 1890, the English Foxhound Stud Book of America was recording entries, but records indicate the breed was imported into the United States even earlier than that. The American Kennel Club officially recognized the English Foxhound in 1909.

3. Mounted foxhunting has been practiced in the United States since Colonial times, and the focus has evolved to be on the chase rather than the kill. Not all hunts are successful, the hounds might lose the scent for example, but it is considered a victory when the fox enters a hole in the ground, known as an earth. The hounds are rewarded, and the fox gets his freedom, perhaps to be chased again another day.

4. The English Foxhound is more stout than its cousin, the American Foxhound. These large dogs stand about 24 inches in height at the withers on average. They have long, straight, and strong legs, deep chests, and level backs.

5. According to the breed standard, coat colors are black, tan, and white, or any combination of the three, plus the various “pies” (large areas of white with spots of color.) The coat is short, dense, and glossy and only requires weekly brushing to keep shedding under control.

6. Traditionally, this dog was bred to live and work in a pack. That means they get along well with other dogs and may be happiest when with other English Foxhounds. They are a gentle and friendly breed that enjoys the company of humans, both adults and children, as well as other animals like horses and household pets.

7. Like many hounds, the English Foxhound can be overcome by his scenting and hunting instincts. That makes training essential, but it will take great patience, consistency, and firm yet calm and caring leadership. These powerful dogs are best owned by experienced owners who understand the challenges of working with a dog with an innate desire for the chase.

8. Very few English Foxhounds are kept as family pets. Most are owned by hunt associations that house the dogs in kennels and keep them in shape for foxhunting by running them daily. In fact, because these dogs were bred to chase their prey all day long, they have high exercise needs. This makes them most suited to a life in the country with lots of room to run. They are also great companions for jogging and hiking.