7 ​Things You Didn’t Know About The Vizsla 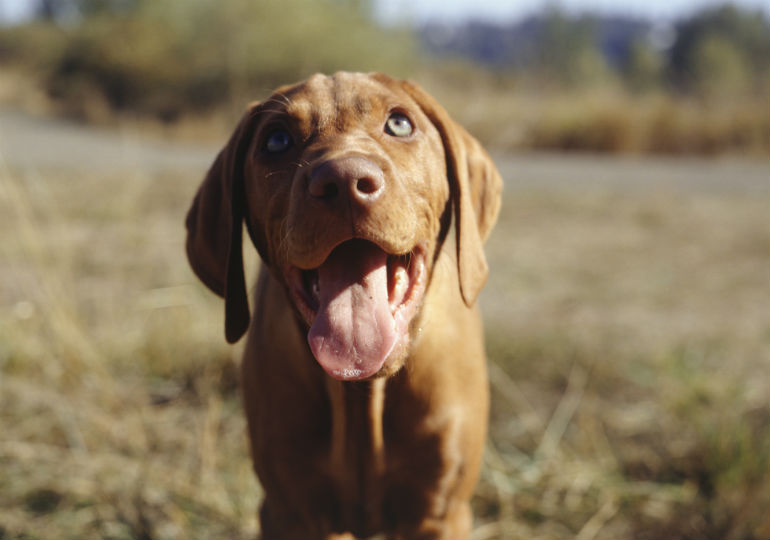 Vizslas, also known as Hungarian Pointers, have a long history as the most prized possession of aristocrats in Hungary. These regal canines have a lot to offer. Here are seven things you may not know about them:

1. Their Ancestors Were Falconers

The Vizsla's ancestors are believed to be the dogs of the Magyar tribes who settled present day Hungary thousands of years ago. Archeologists have found stone etchings that depict the Magyar hunter with his falcon and his dog: the canine that would become the Vizsla.

2. They're Pointers And Retrievers

The Vizsla was the hunting dog of choice throughout the history of the Austro-Hungarian empire. The aristocrats who owned them bred them to be good pointers and good retrievers.

3. They're The Ultimate Camouflage Dogs

Vizslas are always golden rust colored, with no variation in their coats. They have a similar brown eye color, which blends in with their coat. Their even brown tone makes them great at camouflaging, which comes in handy when hunting.

The Vizsla suffered a severe decline in the late 19th century. Records indicate that there were only about a dozen purebreds left in the Austro-Hungarian empire at the time. Fortunately, the breed managed to bounce back, becoming popular in multiple countries.

5. Lots Of Vizslas Have Jobs

6. A Vizsla Was The First AKC Triple Champion

In order to become a Triple Champion, a dog must earn the Champion of Record title, either the Field Champion or Herding Champion title, and one additional title, in obedience, tracking, or agility. In 1980, a Vizsla named Kai became the first AKC triple champion of any breed, by winning in show, field, and obedience.

When it comes to grooming, an occasional bath will keep their short coat looking great. However, their fast-growing nails need to be trimmed regularly.

For more information on this gorgeous breed, check out the video below!