7 Things You Didn’t Know About the Basenji 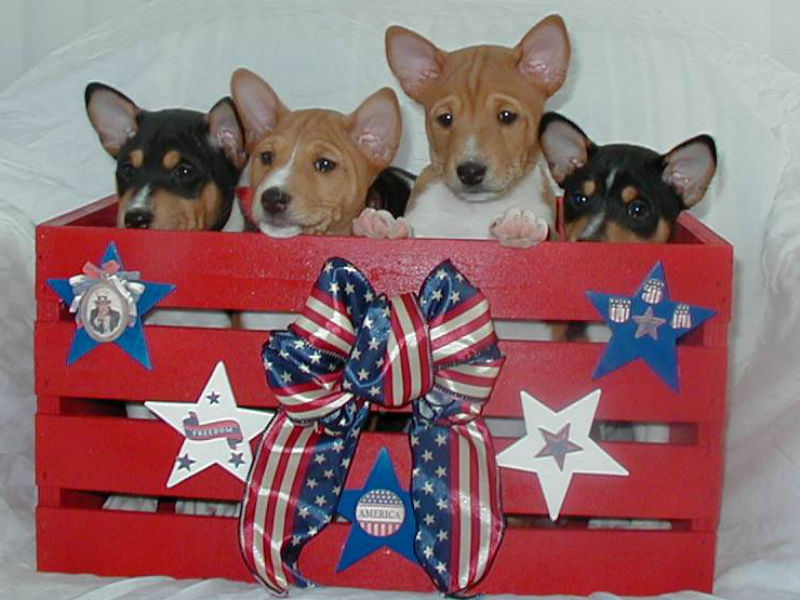 For thousands of years, Basenjis have served as hunting dogs for various African peoples, but they have also won the hearts of many Westerners. Here are seven interesting facts you may not have known about this ancient breed:

Cave paintings found in Libya and dated to 6,000 B.C. depict hunters with dogs that have curled tails—one of the Basenji's distinctive features. Basenjis are also depicted on ancient Egyptian artifacts. Historical evidence suggests they were transported from Central Africa as gifts for the pharaohs.

2. They May Have Inspired an Egyptian God

Anubis, the Egyptian god of mummification and the afterlife, has the body of a man and the head of a canine. No one is sure exactly what animal inspired this god, but it does have the distinctive pricked ears and slender snout that the Basenji has.

3. They Are Hunting Dogs

Basenjis are skilled hunting dogs. The breed was developed with great emphasis placed on intelligence, courage, and adaptability. These traits aided the dog in the field, as frequently the dogs would work out of the sight of the hunters.

The Basenji's larynx is shaped differently than those in most other dogs, so they cannot produce a bark. They can growl or make a yodeling sound, but they don't vocalize often. For this reason, the African tribes who use Basenjis as hunting dogs will tie bells around them. As the Basenjis track the prey, the hunters follow the sound of the bells.

Considering that they may be the oldest type of dogs in the world, Basenjis have not been bred in Western countries for very long. The British first tried to import them in 1895, but all the dogs they brought died of distemper, a viral infection. It wasn't until 1937 that the Basenjis were successfully established in England, and they landed in the United States shortly after.

6. They Are Very Independent

The breed is known for being quite independent and aloof at times. Basenjis are alert and careful with strangers, open and calm with friends, and loving and solicitous with children. When meeting strangers, the Basenji prefers to make the first overtures.

Basenjis groom themselves like cats do, so they don't have the typical doggie smell. Self-grooming isn't the Basenji's only cat-like quality. They are independent, aloof, difficult to train, and typically bond only with one or two members of a family.

Check out videos of the Basenji below, courtesy of our friends at the NYC Basenji Meetup!