So What Else Is a Newfoundland Besides Big? 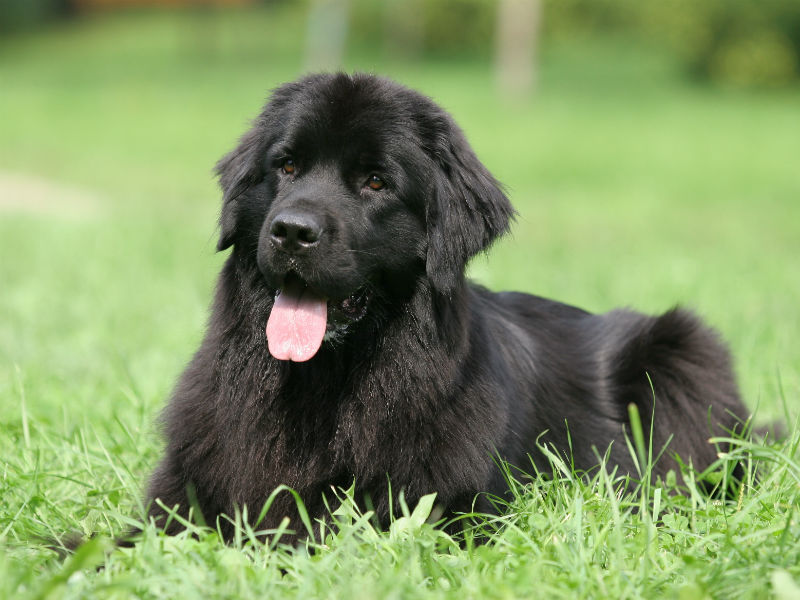 There's one thing everyone knows about a Newfoundland: he's big, really big. A full-grown male stands as high as 28 inches tall and weighs in at 130-150 pounds. But there is so much more to this breed than size, as any Newf lover can tell you.

1. Newfoundlands are renowned for their sweetness, gentleness, and devotion. In fact, that sweetness is a hallmark of the breed. They're ideal family companions, with a special affinity toward children. Some people call them the “nanny dog.”

2. Not only is he sweet-tempered, but the Newfoundland also has strong protective instincts. Although not a watchdog, he's the protector of his loved ones.

3. The Newfoundland is an excellent water dog. His broad chest, lung capacity, webbed feet, and oily double coat serve him well as a long-distance swimmer. Because of that and his keen sense of responsibility, the Newfoundland is renowned as a lifesaving dog in water, capable of pulling drowning victims to shore.

4. He's a workhorse on land and in the water. In his homeland of Newfoundland, he pulled in nets for the fishermen, hauled wood, pulled carts, and did other kinds of heavy work. In fact, he's still used that way today. Those skills help the breed compete in dog sports like obedience, tracking, carting, and drafting.

5. Although they're docile and are relatively placid, Newfoundlands do require regular exercise. You haven't lived until you've seen a Newf happily galumphing in the yard.

6. Along with his size, there are a few other things to consider if you're planning to share your home with a Newf. Keep a drool rag at the ready, because you'll need it with this big guy. You can expect lots of shedding, too.