10 Things You Didn’t Know About the Border Collie 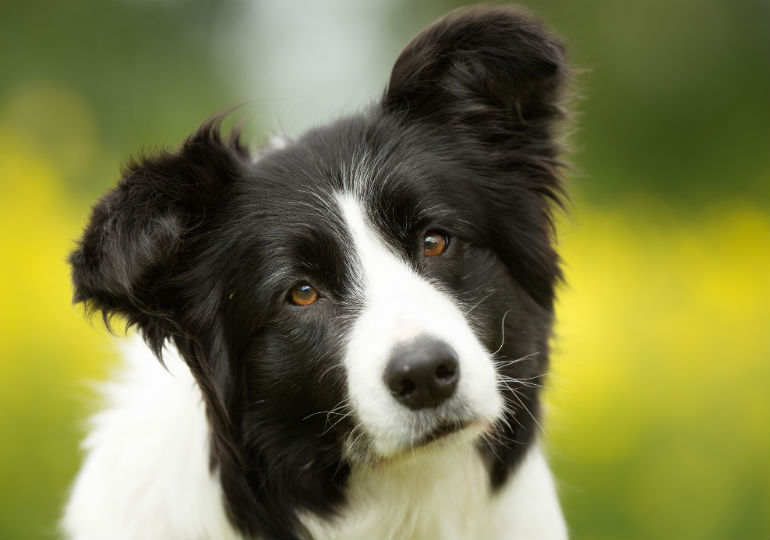 The Border Collie is one of the most talented and hardworking dogs there is. He'll impress you with his intelligence and win you over with his eagerness to please. Here are 10 fun facts about Border Collies:

1. They Are Extremely Smart Dogs

2. Their Name Comes From Their Home Region

3. They Are Champion Herders

Border Collies were originally bred to herd sheep. They excel at the task because of their strength, stamina, intelligence, and work ethic. Border Collies are famous for using “the eye”— staring intensely at members of the flock to intimidate them. When the earliest recorded sheepdog trial took place at Bala, Wales, in 1873, the crowd was astonished that the Border Collies were able to herd sheep into a small pen, guided only by hand signals and whistles from their owners.

Queen Victoria was a true dog lover who took a liking to many breeds, but in the early 1860s she became an active Border Collie enthusiast. At this time, the Border Collie began to separate and become distinguished from the modern Collie.

5. One Was Featured in Scottish Poetry

The famous Scottish poet Robert Burns (If you don't know him, think: “The best laid schemes of mice and men . . .”) owned a Border Collie named Luath that he loved dearly. Luath's tragic death inspired one of Burns' best poems, “The Twa Dogs,” which captured the special bond between dog and man. Multiple statues of Robert Burns include Luath right by his side.

6. They've Broken All Kinds of Records

In addition to herding, another common job for Border Collies is search and rescue. A Border Collie named Blitz recently saved a 51-year-old woman's life in England. The woman had been missing for more than one day when Jess Ellsmore, a volunteer search and rescue handler, brought her dog Blitz in to search the area. Blitz found the missing woman under some thick foliage, where she wouldn't have been visible to human searchers alone.

Border Collies have all kinds of jobs, but one career you probably haven't heard of is “goose master.” One Florida company trains Border Collies to keep geese off people's property. The University of North Florida hired a Border Collie named Bee to be the goose master for their campus. Bee keeps geese away from high-traffic areas.