Should Dog Owners Be Worried About the New Strain of Dog Flu? 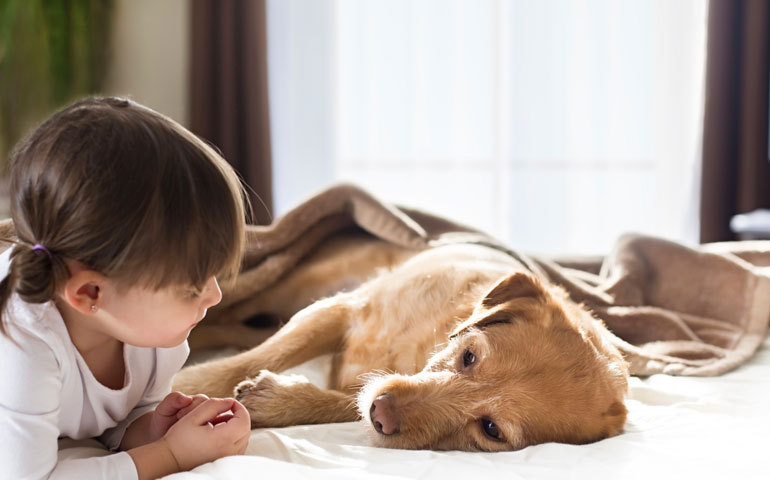 Pet owners are on high alert with the recent re-emergence of a rare strain of dog flu that has been affecting thousands of dogs all over the country in the last 10 months.

An outbreak of strain H3N2, a type of avian flu previously seen in dogs only in Korea, China and Thailand, emerged in the Chicago and Midwestern states last spring, affecting more than 1,000 dogs.

At the time, veterinarians in the Chicago area, including AKC’s Chief Veterinary Officer Dr. Jerry Klein, were overwhelmed by a rash of dogs presenting to clinics with flu-like symptoms. “We originally assumed the dogs had kennel cough or something else fairly innocuous,” Dr. Klein explains. But then the dogs got sicker, alerting veterinary experts that they were likely dealing with an outbreak of a new disease. “We were worried it would spread like wildfire,” he said.

Fortunately, the epidemic slowed, but according the American Veterinary Medical Association, dogs all around the country have now tested positive for the H3N2 strain. Recently, the Seattle, Washington, area has seen an influx in cases, and a dog in Montana tested positive for the virus this week. Workers at Public Health of Seattle & King County claim in a statement that dogs in at least 25 states have been affected.

Dr. Klein explains that this virus is especially worrisome because it causes more severe symptoms than other strains of the flu and can lead to life-threatening conditions, like pneumonia. It’s also very contagious, Dr. Klein says, and dogs who participate in events, like conformation and agility, or who frequent daycares, boarding kennels, or grooming facilities are most at risk.

Symptoms of the Dog Flu

Symptoms of dog flu include the following:

Read more about these individual dog flu symptoms in-depth. If you notice these symptoms in your dog, speak to your veterinarian, who may conduct testing for the virus. Treatment is usually supportive, Dr. Klein explains, but may require antibiotics and, in the case of pneumonia or a high fever, hospitalization. Affected dogs should be isolated from other dogs to prevent spreading the virus.

How to Prevent Dog Flu

As of November 2015, a vaccination was made available against H3N2 for dogs at least 8 weeks old. The vaccine is given in two doses, three weeks apart. “Pet owners should have a conversation with their veterinarian about whether they should include the H3N2 vaccine in their dog’s vaccination protocols based on their location and lifestyle,” Dr. Klein says.