Doggy Diet Pills: Are They Safe? 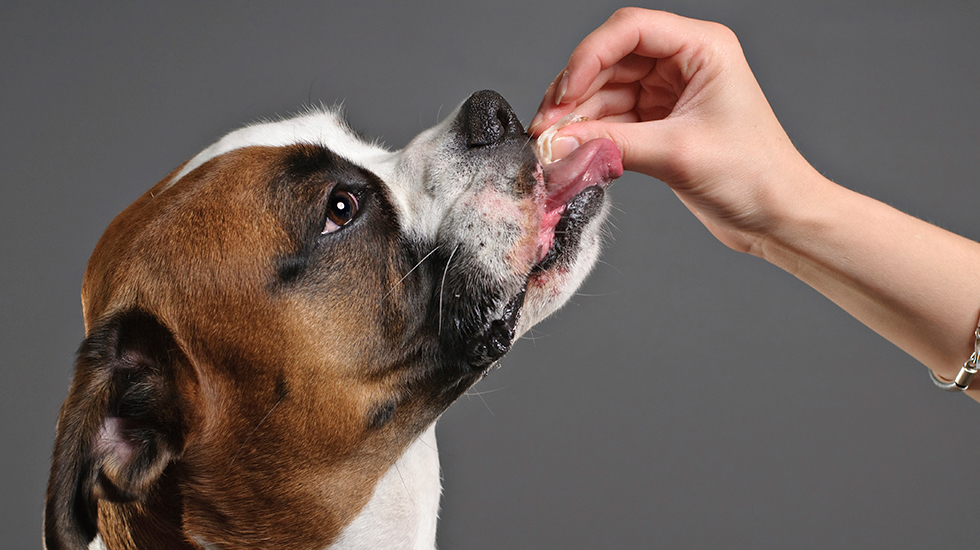 Caution is Recommended with the Use of Any Diet Pill

There is a diet pill that was developed specifically for dogs and it has been the only drug shown to be safe and effective.

As with humans, various diet pills have been evaluated for their ability to decrease appetite or caloric absorption. These include herbal products containing guarana and ma huang, as well as other products commonly tried in humans.

Dirlotapide, which was developed specifically for dogs, has been the only drug shown to be safe and effective.

Dirlotapide acts by inhibiting an intestinal enzyme (MTP, or microsomal triglyceride transfer protein), which normally aids in the absorption of fats in the intestinal cells. As the ingested but unabsorbed fat accumulates in the intestinal cell, it triggers a hormonal response that signals the brain to stop eating. In other words, it tricks the brain into feeling the dog is full after a smaller meal. The dog eats his normal maintenance food, although you must make sure it eats enough to obtain adequate levels of protein and other nutrients.

A high-quality commercial diet is recommended, and home diets are not recommended because of the possibility of inadequate intake of some nutrients, especially the fat-soluble vitamins A, E, and K. Dosing is calibrated so that the dog optimally loses about three percent of his body weight a month. After the target weight is reached, the dog is maintained on dirlotapide for another three months.

Once the drug is discontinued, the dog’s appetite will return, and there’s a potential for weight gain unless the dog’s diet and exercise are controlled.

Side effects, if any, tend to be mild but can include vomiting, diarrhea, and lethargy. Dirlotapide is not recommended for dogs with liver disease, Cushing’s disease, or those receiving corticosteroids, or for growing, pregnant, or nursing dogs.