Why We Need Purebred Dog Breeders 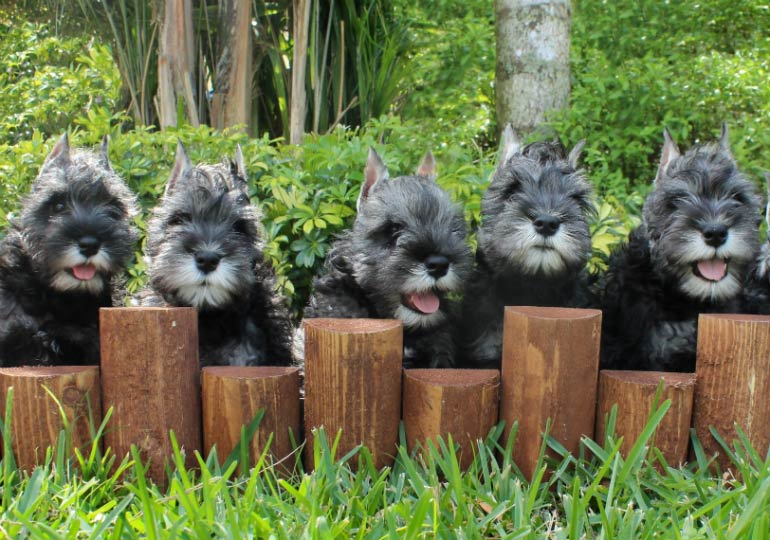 With the Westminster Kennel Club dog show recently on TV, it inevitably stirs debate about purebred dogs. These days, a vocal segment of the population detests purebred dogs and their breeders. Whether this is a class issue, a generational issue, politics, or something else, it's hard to say, but it goes far beyond the facts about breeders and their dogs.

Today there are over 400 recognized breeds of dogs in the world. Many of them have historical origins dating back hundreds, even thousands of years. Wherever humans have lived, dogs have been alongside them performing various tasks. One of the reasons dogs have been such a successful species is because they are so adaptable. They have made themselves useful in countless ways to humans so we kept feeding them, providing shelter for them, and, yes, breeding them. It's no accident that we have dogs able to hunt, herd, guard, track, and do so many other things at an expert level. Humans figured out early on that if you bred dogs that were good at these things, you would get offspring that were also good at doing them. All of these jobs performed by dogs were necessary for our own species to survive. It's no secret that we owe a lot to dogs, just as we do to other animals.

Today some of these jobs are performed in other ways and dogs don't do the work they used to do. Hunting is a sport today and most of us don't have to hunt with dogs to put food on the table. English Cocker Spaniels and Irish Setters are more popular as family pets than as hunting dogs. Dogs aren't commonly used to kill rats today and it's been a long time since the adorable Yorkshire Terrier, originally bred to kill vermin in textile mills, was used for this kind of work. Dogs still have some specialized uses for search and rescue, narcotics detection and other kinds of detection, along with other specialized skills such as therapy dog work, but most people don't need to use dogs for work. Nevertheless, breeds still have their admirers. Some people love a dog's appearance. Some people love a breed because they are from the same tiny corner of the world and they feel a kinship with the dogs of their ancestors. Some people love the temperament of a certain breed or its athletic ability. There are all kinds of reasons why people love a particular breed.

What you may not know is that many breeds today have very small populations. If some breeds were any other kind of animal they would be considered endangered. You may find it hard to believe, but breeds can become extinct. If you read any histories about dog breeds, you will find lots of references to breeds that are gone now. Countless breeds have become extinct over the centuries. In some cases, we have some of their descendants because they contributed to newer breeds, but not always. Some people might not care if particular breeds become extinct, but if you are a fan of a breed, then this might matter to you. From a genetic viewpoint, it's always good to have a wide selection of dogs that contributed to a breed's foundation. You never know when it might be necessary to reintroduce some of the genes from an older breed for health reasons. If those breeds are extinct, that's no longer a possibility.

In Great Britain the Kennel Club maintains a list of “vulnerable native breeds.” This refers to breeds developed in the U.K. that register fewer than 300 individual dogs per year. There are currently about 29 breeds on this list, with more breeds on the “atch” list, meaning they are close to “vulnerable” status. Although the Kennel Club in Britain registers fewer dogs than we do in the U.S., the situation with purebred dogs in the U.S. is similar. While the Labrador Retriever – the top dog registered by the AKC for over 20 years – has tens of thousands of individual registrations every year, other breeds have far fewer numbers. Beyond a few popular breeds, most breeds have relatively small numbers of dogs registered each year. We have many breeds in the U.S. that register only a few hundred individual dogs per year.

That's why we need breeders of purebred dogs today. People who breed to preserve dog breeds are usually hobbyists. They may participate in dog shows or companion/performance events with their dogs. The dogs that they can't keep are usually placed in pet homes. Yet cities and state legislatures are passing laws that can make it virtually impossible for smaller breeders to continue this important work.

For example, a bill currently under consideration in New Jersey would ban breeders from selling dogs outside the state unless the sale was made face-to-face. If you are a breeder in New Jersey and a potential buyer in say, California, is interested in one of your dogs, this buyer would have to come to New Jersey to see and buy the dog. Or the breeder would have to take the dog to California. This is obviously onerous and unnecessary. It also adds a tremendous expense to the cost of the dog. This kind of legislation is proposed in the name of “consumer protection” but it is actually meant to punish and discourage dog breeding.

Before you say that the person in California could find another dog closer to home, what if the New Jersey breeder is one of the few people in the country breeding that particular breed? In many cases we are talking about breeds that may only register a few litters per year. That's why this kind of legislation is so dangerous. In some cases it could literally cause the extinction of breeds. Breeders give up breeding rather than face these kinds of legislative problems.

No one is suggesting that people should not get a dog from a shelter or rescue if that's what they want to do. Many breed clubs were among the first dog rescue groups in the U.S. Breeders love dogs and believe in rescue. But people should also have the option to purchase a purebred dog from a dedicated breeder without harassment or guilt. And breeders should be able to breed their dogs without punitive laws.

The wonderful dogs that appeared at the Westminster Kennel Club dog show do not happen by accident. They take years of planning and loving work on the part of dedicated breeders. We can't let those breeders – or the breeds so many people love – become the victims of short-sighted anti-purebred legislation.

This article was originally published in the Huffington Post.