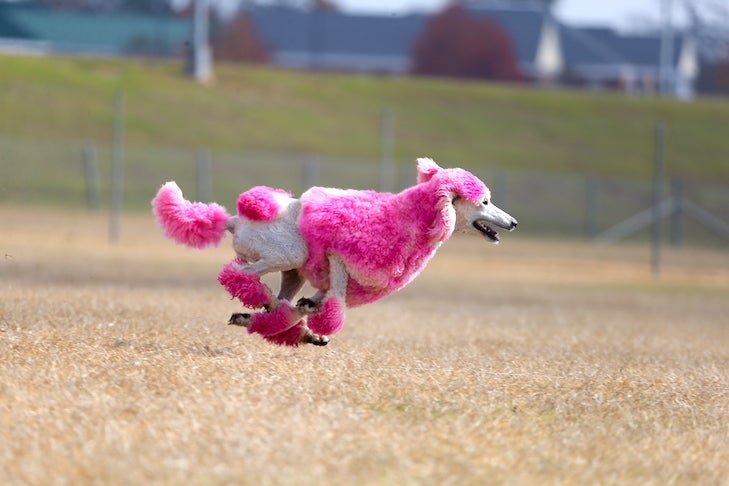 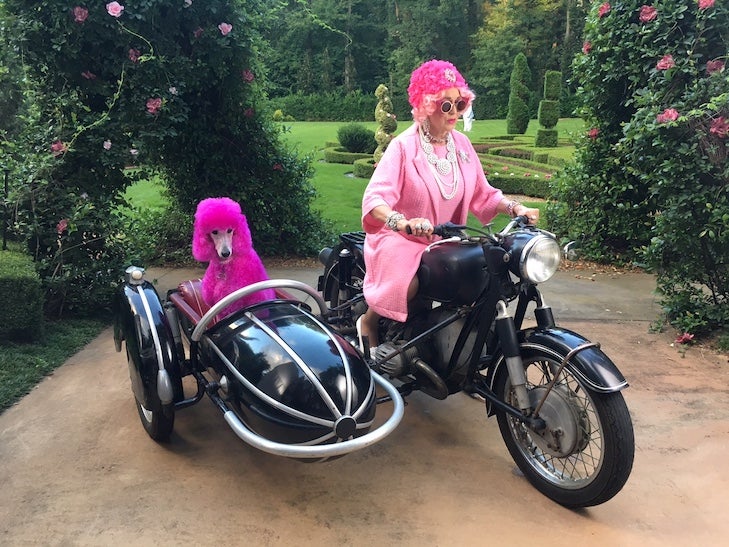 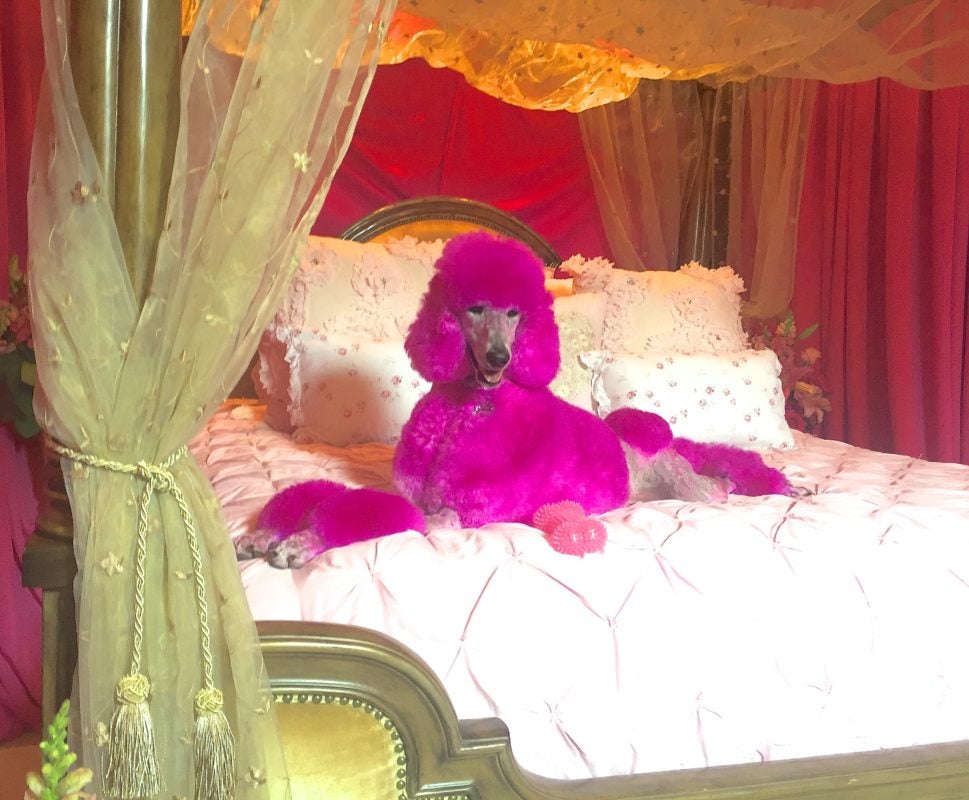 If there’s ever a canine remake of Charlie’s Angels, Maisy the Standard Poodle would have to be its star.

She’s a perfect action-hero combination of beauty and brains, sweetness, and sass. She can do practically everything and be almost anyone. Recently, Maisy landed a modeling gig as “Jackpot,” the trophy pet in a 2017 Georgia Mega Millions commercial. She lounged on satin sheets, breezed along in a Cadillac convertible, and daintily stepped down a grand stairway with her bejeweled matron, Aunt Edith. The directors wanted everything in Aunt Edith’s favorite color, so a pet-safe semi-permanent dye turned Maisy’s white curls pink, says Angie Louter, Maisy’s breeder and owner.

Maisy is an AKC Grand Champion show dog and coursing competitor. She’s also skilled in several other sports. Louter believes these activities gave her the ability to play the part of the pampered pet. “Maisy was brought up being around all the sights and sounds of dog shows. I really think it made her bomb-proof on the set for over 12 hours of filming,” says Louter. Soon after the shoot, Maisy was back in the field, retrieving birds, chasing lures, and getting muddy, all in pink. Says Louter, “She was still in her makeup.”

The Poodle’s standard haircut has a purpose — to protect the breed’s important joints from cold and water.

Originally From: Germany. Or France, depending on who you talk to. It is considered the French National Dog.

Derivation of the Name: From a German word that means to splash in water.

Known For: Nonshedding coats, enormous intelligence, versatility, strong attachment to people. Poodle owners say having one is like living with a gifted child.

This story originally ran in the May/June 2018 issue of AKC Family Dog.