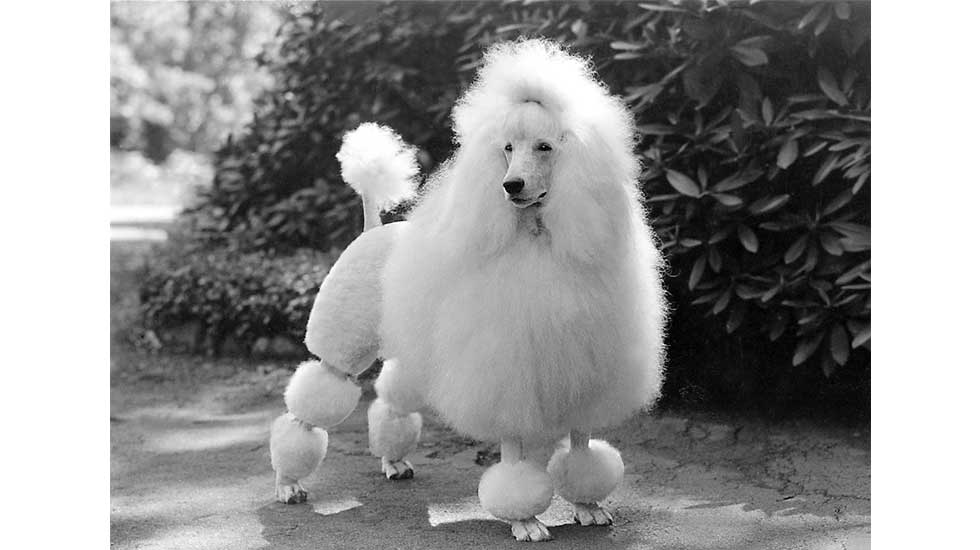 The magnificent snow-white standard Poodle Ch. Puttencove Promise was whelped in 1955 and won Best in Show at Westminster three years later. He was the turning point for the standard Poodle as we know the breed today, a bridge from the working water dogs of the past who brought the breed into the present. Because he was a prepotent sire of great quality, his stamp still can be seen decades and generations later. The very strength of this great mid–20th century line promises to continue its influence on the breed for still another century.

Produced by the celebrated breeding establishment of Mr. and Mrs. George Putnam, Promise was linebred on the fabulous Pillicoc dogs of Mrs. Milton Erlanger, whose famous pre–World War II handler, Henry Stoecker, was to become one of America’s foremost all-breed judges. The outstanding kennel names Blakeen (Mrs. Hayes Blake Hoyt) and Salmagundi (Mr. and Mrs. Justin Geiss) also appear in the gene pool that produced Promise and went on to influence the standard Poodle from the last half of the 20th century to this very day. …

Even as we appreciate the marvelous Promise for his contribution to the essence of the stunning show standard Poodle, we also recognize his long-term value and integrity and purity of the breed through his descendants, who are still willing and able to work. As long as standard Poodles command the show ring with splendor, charm their owners with their brilliance and vivacity, and perform for the hunter with their exceptional retrieving abilities, the name of Ch. Puttencove Promise will be remembered.