A Gundog Breeder’s Diary: The Adventure of Raising Brittany Puppies 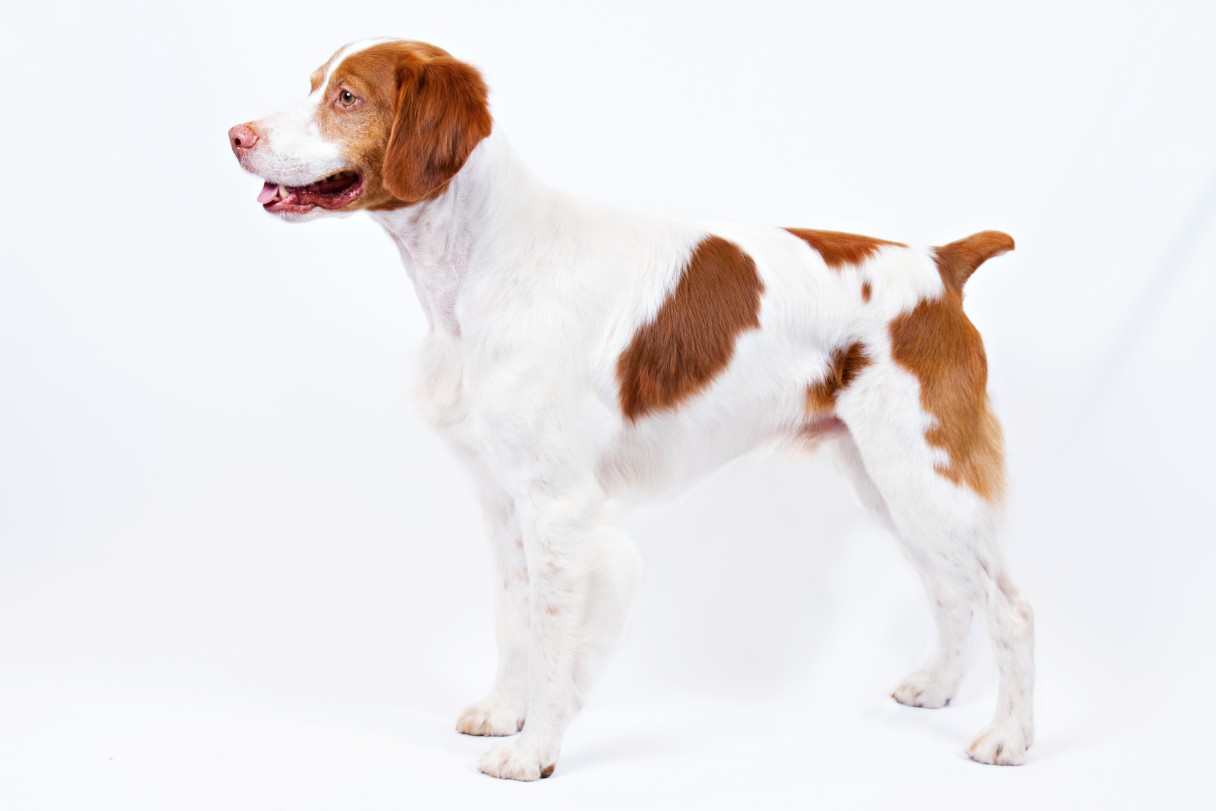 The pups are 5 weeks old as I start writing this piece. Feeding is twice a day; their mom is only with them at night. Within the next several days, the pups will be without their mom—weaning completed and on their own. Because it is summer with warm temperatures, the pups have spent all their early days in an outside house in a kennel runway.

Cleaning of the kennel runway is usually accomplished when pups are outside the kennel feeding. However, there are times it is necessary to clean when the pups are in the kennel. Water spray is never directed toward pups, but there is splatter that occurs. Oh, how quickly they learn to avoid “Get out of the way” from the spray. It comes to the point that when the water hose is picked up for cleaning, they move quickly into their house.

At this early age of 5 weeks, pup’s learning process is like a sponge. At this age, exposure is important to as many different situations as possible. Noises, people, kennel crate, and riding in a vehicle are a few examples.

There are five Brittany pups in this litter. As they feed from a large, round dish, metal pans are slowly brought together—with care taken at first to do it not too loudly. As the pups become use to the noise, the intensity is increased.

Several times a week there are two families with 8- to 10-year-old kids who come to play with the pups. Even their parents hold the pups. Before the pups were weaned from their mom they were picked up and held to get them used to human touch.

During this time at the early age of 5 to 7 weeks, the pups are loaded into a kennel crate for brief rides. Also there will be one or two trips to the veterinarian’s office for shots and health exams. This type of exposure is so important. All of these experiences—riding in a vehicle, being with people, and exposure to the kennel crate—make for what is known as socialization.

Now, at 12 weeks old, the litter of five pups is down to two. Three have gone to new homes, one of the pups will be going to a new home in Florida in a couple of weeks, and the fifth one will stay with me. She has been selected because of the litter’s breeding. In addition she of all the pups has shown a degree of separation from the others —she is first to the food dish and runs independently.

A week later, these two remaining pups were given their first exposure to birds. Pigeons were used for their initial contact. The pigeon was carefully held by his legs, with his wings flapping over the pups. The bird was then released and allowed to fly off, with the pups in hot pursuit. The same procedure was then repeated with four more pigeons. More of this type of exposure to birds will follow, along with introduction to gunfire. Pups have already been conditioned to loud noise with the metal pans and food dish. The pups will be 50 yards off in pursuit of the flying bird before the blank pistol is fired.

It is always a great experience with a litter of pups, from the time of whelping to when they mature into bird-finding gundogs and/or hunting, field trial, or bench show champions. From the first exposure to the water hose to their chasing the flying pigeon, on to moving toward becoming a finished gundog, it is a glorious adventure.