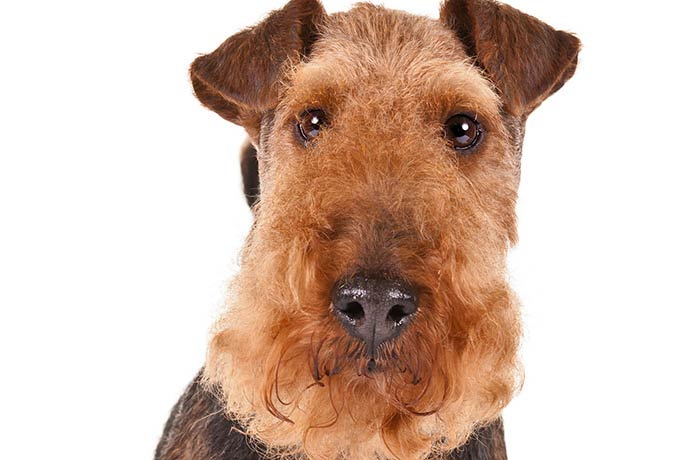 Every litter is a new and exciting adventure. The months of research into pedigrees, rereading notes on dogs that appear in various pedigrees and evaluating their influences, have come to fruition, and the future is now in the whelping box. The genetics are set; now the puppy socialization  begins.

Handling puppies daily from day one gets the puppies accustomed to human touch and smell. I expect my bitches to allow me to take the puppies out of the nest with no complaints. For the first few days, I stroke the puppies as they nurse and only remove them to weigh them or for supplemental feeding, after having first put the bitch outside. On day three they get their tails docked. The dam is removed from the room first, and then the puppies are placed in a safe, warm box and removed. The bitch doesn’t see them again until they are back in the whelping box, so she never knows they have been removed. Thus she doesn’t worry that you are going to permanently remove the puppies.

Handling puppies many times a day is necessary for the first three weeks or so. Doing this tells you a lot about the puppies’ condition, motor responses, and overall health. They get used to having all parts of their bodies touched, even if they don’t want them touched.

As they develop, you may have noticed that male and female puppies tend to have different responses to sights and sounds, starting shortly after they begin to open their eyes and ears at around three weeks. Studies on the brains of mammals have shown that male and female brains are intrinsically different because of the differences in sex chromosomes. A 2004 research study showed a dramatic difference in the expression of proteins derived from X chromosomes and Y chromosomes in female and male brains. In males, many areas of the brain are rich in proteins coded by the Y chromosome that are absent in females. Female brains are rich in proteins coded directly by the X chromosome that are absent in males. Female brain coding allows females to hear better than males, and male brain coding makes males more responsive to risk-taking behavior. Studies in human infants showed girls to be more responsive to human expression, and boys were more responsive to motion (Leonard Sax, M.D., Ph.D., Why Gender Matters; Doubleday, 2005).

How can we use this information when socializing puppies? I have noticed that bitch puppies tend to be more sensitive to loud noises. You might have to accustom bitches to loud noises more slowly than you do dogs to get them used to noises associated with dog shows. Male puppies are usually more adventurous and likely to take risks. While this is good, more supervision may be required to prevent them from hurting themselves while playing. It may be useful to have the dam discipline males to teach them self-control while you play with the bitches, encouraging them to be more adventurous.

Since the bitch puppies may not be as attracted to movement, you might have to spend extra time teaching them to watch your hands while you are training, so they are ready for hand-signal control later. Welsh Terriers respond well to food, so food and hand-movement combinations will teach them to pay attention to your hands. The dog puppies may need extra encouragement to respond to your facial expressions as a training tool. Smiles make great reinforcements in obedience as unspoken praise, but males may need more encouragement to respond to them.

Some people put treats in their mouths and spit them at the dog to encourage watching their mouth, and this action is followed with a smile. Remember that if the puppies are going into homes where they will be trained for performance events, whatever you can do with them as puppies to make this training easier will be valuable.

I find this information in brain-development differences between males and females fascinating and am hoping to use it to advantage in my next litter. While the studies were developed to aid in teaching children, they were done on animals and offer us a chance to improve our socialization skills. For those who are willing to try new things, it might be useful, and your experiences would be worth sharing in a future article.