It’s What’s Up Front That Counts 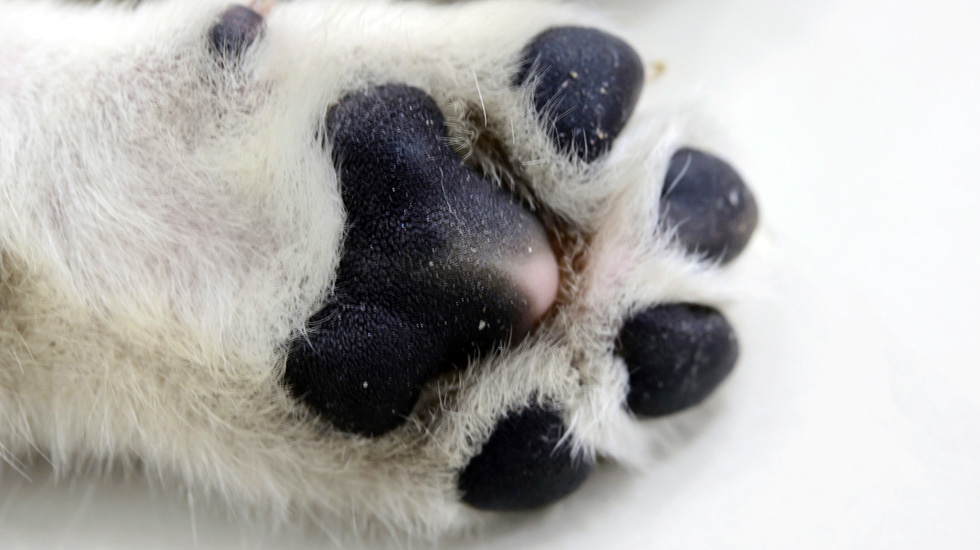 If we wish to achieve our goal of breeding quality dogs in fewer numbers, we must set our sights on producing and rewarding dogs with correct front-end assemblies.

In a previous Gazette column I discussed front-end assembly and the problems associated with incorrect, upright shoulders. Because so many world-class dog people are concerned about the disappearance of correct forequarter structure from the gene pools of our breeds, the subject merits further discussion.

The unfortunate fact is that straight shoulders, as incorrect as they may be, appear to facilitate winning in two ways, which makes them very seductive. First, they provide picture-perfect posture, making the dog seem to always be “on” because it cannot “let down” and lower its suspension as easily as a well-angled animal can. Therefore, the dog requires less effort to project the kind of stand-up show dog persona that may impress judges and ringside observers more than the correctly angled dog does.

For example, consider the three setter breeds, which were bred to crouch near the birds while the hunter quietly approached with nets to throw over the dogs and the birds. These flexible sporting dogs further utilized their correct angles to lower themselves and crawl out from under the nets in that pre-gun era, leaving the captured birds for the huntsman. Now flash forward to a lineup of setters standing tall and proud in the modern show ring. Chances are that only a precious few have correct shoulder angulation, while there are others that stand out because they are jacked up on incorrect, upright shoulders that contribute to the façade of the show dog.

The second way in which straight shoulders facilitate winning is by making it easier for the dog to move straight and with what many perceive as more trueness on the coming-and-going movement. Because the range of motion of the straighter-angled dog is much less than that of the correctly angled one, the reduced distance of forward extension and follow-through shortens the stride, diminishing the room for error. The longer stride provided by the correct shoulder has much more extension and follow-through. Consequently, this greater range of motion allows more room for deviation from absolutely straight movement.

If the tempting elements described above are indeed seducing breeders and judges into subconsciously rewarding animals with incorrect fronts, how do we turn this trend around? By concentrating on breeding correctly structured forequarters and valuing them more highly. Our expectations for most breeds should be to produce dogs with correctly sloping shoulders that are accompanied by equal length and angle of upper arm. The juncture of these two bones should be close to a right angle. Such a correct forequarter assembly, when complemented by correct hindquarter assembly, would assure efficient, easy and unlabored side gait, displaying the picture of type in motion. Being able to see side gait is much more vital to our assessment of breeding stock than dogs standing on the line or dogs moving straight down and back. Experts studying the side gait of the dog are able to judge how the dog would endure in the field at work. Those dogs able to cover the most ground with the least amount of effort will normally outwork others on a daily basis, as well as on a long-term basis continuing into old age, simply because their correctness accommodates exercise.

Because the show ring is not a demanding physical test for an athletic dog, it is difficult to evaluate athleticism in the show ring. Small rings actually support the straighter-shouldered dogs by asking little of them and even hindering their more angulated competition. This is because the animals that are correct never have an opportunity to exhibit their liberty of motion and their efficient, ground-covering side gait before they run out of ring space. In such rings the dice are loaded to favor the straighter-angled dogs that immediately go down and back with restrained and true footfall, even though they may not have the desired side gait. Dogs with well-angled fronts and rears need space in which to warm up. It takes them a few steps to get into the rhythm of body control that presents them doing a down-and-back at their best, something they are routinely denied by the limits of time and the confines of space in the show ring environment.

An unfortunate yet interesting phenomenon is occurring in many of our breeds today on a regular basis. Lovely dogs are showing up that have angles of one kind in the forequarters (usually straight) accompanied by angles of another kind in the hindquarters (usually well angulated and occasionally extremely angulated). This, of course, contributes to an exaggerated, sloping topline and takes balance out of the equation.

Unhappily, if the incorrect straight front assembly is also forward set, and it usually is, it is able to accommodate the drive provided by the correct rear end, resulting in a picture of side gait that can fool the evaluators. In other words, the front does just enough work to stay out of the way without supplying anything positive to facilitate function. How this type of imbalance contributes to the fatigue factor of an animal at work is another question. Two laps around the show ring simply do not tax any animal enough for us to observe the results of such poorly assembled parts. It is only by observing dogs at work performing their original job description that you can appreciate the disservice breeders render their breed when they keep only show ring performance in their mind's eye.

Breeders who strive to produce a correctly constructed animal with the athletic ability to perform its function will need to study a composite of the bones and their angles to obtain an uncomplicated skeletal picture. Utilizing this study process, along with a thorough assessment of gait and physical usefulness, will lead to better dogs with correct front-end assemblies, dogs that are able to tolerate exercise and work.

The ideal dog, when standing, will have a well-sloped shoulder with good return of upper arm that brings the elbow under the top of the shoulder blades and well under the rib cage. (Even though a straighter-angled dog may have its elbow under the top of its straight shoulder, the elbow will not come well under the rib cage but will instead be too far forward.) When moving, the ideal dog will exhibit cleanness in coming and going, and efficiency when viewed in profile.

If we must sometimes make compromises when we breed, we must value correct and efficient side gait (which is not to be confused with the fastest gait) more if we are to turn the trend around. If we demand correct structure and efficient movement, whatever gaiting trade-offs we must make will not come at the expense of side gait. We will accept that these dogs require more work to learn body control and must spend more time “warming up” before they go into the ring. And we will never forgive straighter-angled dogs for being anything other than true on the down-and-back. Because of their reduced range of motion, when such animals move poorly coming and going they have more serious conformational defects than a simple lack of angulation.

I have not addressed the issue of body proportions in this article, although I am aware of the quandary that judges of a square breed are presented with when choosing between a rectangular dog with the most efficient side gait and a correct, square dog that covers less ground. These are difficult choices that should not be made without factoring in desired type. Type is always the major consideration.

The suggestions in this article for improving front ends apply to what we might consider the normal, athletic canine performer, a description that applies to most breeds. There are, however, many exceptions to this rule because some dogs are bred to do specific jobs that require a somewhat different conformational configuration. I plan to deal with some of these breed-specific differences in future articles.

Meanwhile, our collective sights must be set on rewarding dogs with correct front-end assemblies if we wish to achieve our goal of breeding better dogs in fewer numbers. From the great beyond, such 20th-century experts as the famous Alva Rosenberg would approve and encourage us to proceed.

Patricia V. Trotter is a longtime breeder of Norwegian Elkhounds and is approved to judge more than 20 breeds, as well as Junior Showmanship. She is the author of Born to Win.