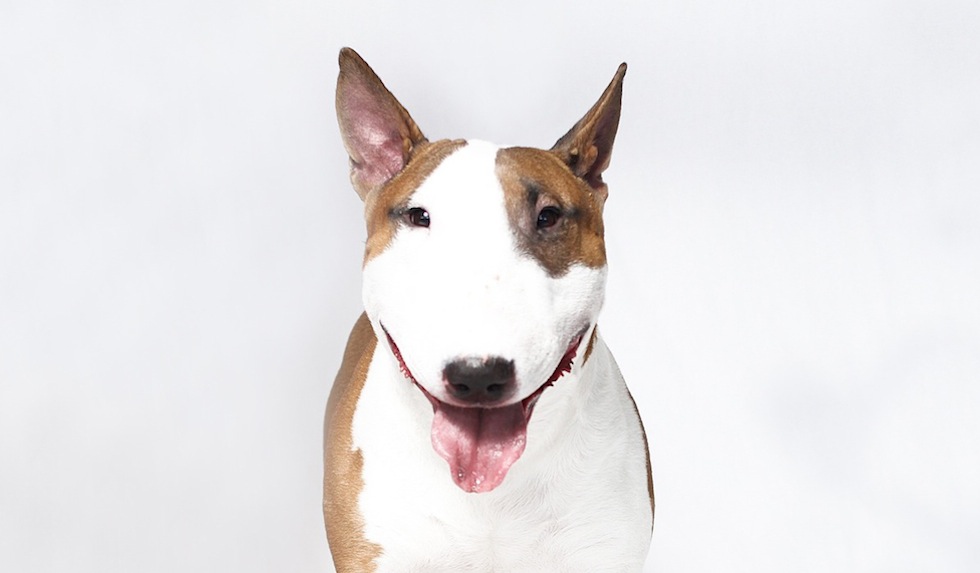 Most quality breeders sell their puppies with contracts in regard to breeding, showing, and good management. The AKC allows breeders to limit registration so that certain pups may not be shown and any puppies subsequently bred from them may not be registered. That can be later changed by option of the breeder petitioning AKC, and this relatively recent change is a positive move.

However, many good breeders are facing a problem from the other side of the issue. Bull Terrier breeders tend to sell puppies at a lesser price than most Internet pet sellers, in return for an agreement that the buyer does one approved breeding (if the bitch passes health testing) and returns one or two puppies to the breeder.

Since most Bull Terriers are home reared, this is a way for breeders to carry on their lines and not have a lot of dogs in their immediate home.

In our long years of experience, we have found that only about one in two purchasers keeps their agreements—but it goes worse. In the last decade, we are finding that now it is perhaps fewer than one in four or five who will abide by their promises. For the most part, they simply ignore their agreement. If asked, they claim they are too busy. Alternately, buyers are often willing to let the breeder take over and spend all the time and money involved (including breeding fees, veterinary expenses, and so on), and then they want part of the litter.

Our contracts have an enforcement clause, but we hate to start involving attorneys or small-claims court, though it still may come to that.

It is sorrowful to tell people who have had puppies from us in the past that there probably will be no Brigadoon Bullies anymore, because co-owners have decided it’s all too inconvenient for them. Additionally, it is sad to look at a small breeding program of 35-plus years that has produced extremely healthy (mentally and physically) Bull Terriers and have to acknowledge, it’s over.

In the ebbs and flows of life, this is not a new issue. We have heard breeders say for years, “They will promise anything to get a puppy … they lie,” and “They want the perfect puppy … and then they won’t show or breed.” If something goes wrong and the puppy isn’t perfect or gets sick (even if rather obviously the buyer’s fault), they will go after good, club-affiliated breeders—but when everything is right, they often just forget the breeder and agreements.

Like everyone, we are thankful for those people who keep promises. We treasure the puppies we have loved over the years, and all the memories of wonderful times at shows and club programs.

We also remember those who disregarded both their agreements and our feelings. Some were square with us up-front with concerns about breeding. Most were not.

This is written to express the frustration that so many of us feel who have given a big part of our lives to building the better dog and entrusting those precious babies to those we believed offered good homes and would help us go forward. Buyers are often as damaging to better breeding as radical animal-rights coalitions.

We are sorry to step back from breeding. We are aging, and like many before us we are finding that we can’t do it all. So many buyers we have dealt with have proven to be disappointing. Still, in the process, we have also found real friends and family. And we have loved every puppy!

If I could start over, would I do it again? Yes.