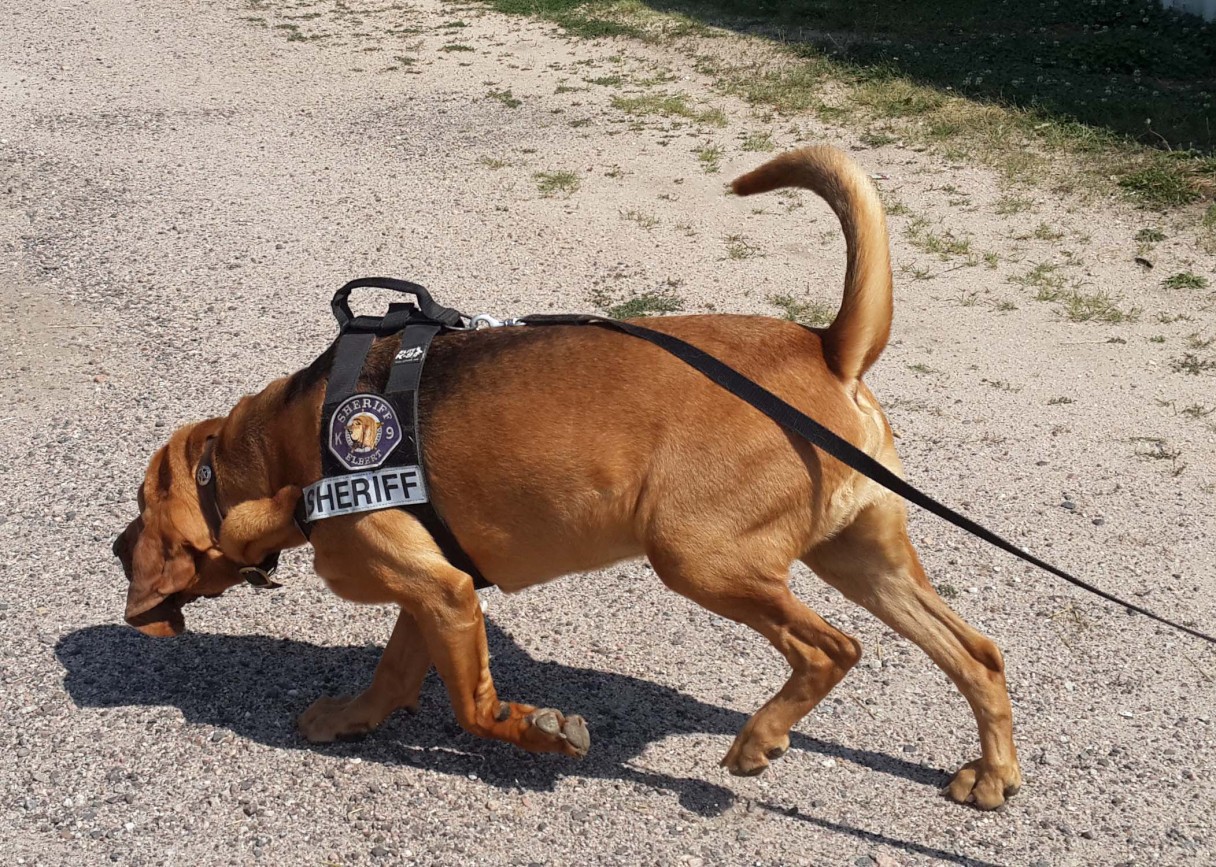 New York, NY – The AKC® Humane Fund is pleased to announce the winners of the 17th annual AKC Humane Fund Awards for Canine Excellence (ACE). These awards celebrate five loyal, hard-working dogs that have significantly improved the lives of their owners and communities.

One award is presented in each of the following five categories: Uniformed Service K-9, Service, Therapy, Search and Rescue and Exemplary Companion dog. This year’s winners include a Deputy K-9 Bloodhound who has worked with the FBI, a Labrador Retriever that helped a young girl gain her independence after suddenly becoming paralyzed, a retired show dog that helps comfort people in the airport, a search and rescue dog trained in three disciplines and a family pet who fought for his life protecting a seven-year-old.

“The heartwarming stories of the five ACE award winners exemplify the loyalty, commitment and companionship dogs give us,” said AKC Spokesperson Gina DiNardo. “Whether providing comfort or saving lives, each of these dogs has in some way improved the lives of others and the impact they have made on their community is truly inspiring.”

All of the ACE recipients will receive $1,000 to be awarded to a pet-related charity of their choice, a one-year pet insurance policy from Pet Partners, Inc., they will be honored at Regalia: A Royal Celebration for Those Who Champion Purebred Dogs on Friday, December 16th and an engraved sterling silver medallion will be presented to each at the AKC National Championship presented by Royal Canin in Orlando, Florida held on Saturday and Sunday, December 17-18, 2016.

“K-9 Deputy Radar” is a four-year-old AKC-registered Bloodhound serving in Elbert County, Colorado. His training for finding missing persons and tracking down criminals and evidence began at a mere ten weeks of age. Radar has worked cases with close to three dozen law-enforcement-agencies, including the Colorado Bureau of Investigation as well as the FBI. He has also assisted with cases for the National Center for Missing and Exploited Children. Additionally, Radar is among just a handful of Bloodhound K-9s assisting NecroSearch International, a national group that solves cold-case homicides. Radar’s file includes an extensive list of successfully concluded searches.

“Teddie” is a five-year-old Labrador Retriever certified with Canine Partners for Life. She is the service dog for her owner, Krystal Greco. Krystal suddenly became paralyzed from the waist down at age 14. Unable to attend school regularly, the housebound teenager began feeling depressed, isolated and lonely. Krystal contacted Canine Partners for Life in mid-2012 and Teddie came into her life the following year.

Teddie does everything from opening and closing doors to alerting Krystal, who cannot feel anything below the waist, when she might need to use the bathroom. With Teddie’s help, Krystal has earned three college associates degrees, works a part time job, travels and volunteers as a spokesperson and demonstrator for Canine Partners for Life. This fall Teddie will be by Krystal’s side as she begins her baccalaureate degree at Maryland University College.

“Jackie,” officially known as GCH CH Riverotter’s Little Jackie Paper RA THD CGC, is an eight-year-old Sussex Spaniel certified through San Francisco SPCA Animal Assisted Therapy program. A new concept in airline passenger comfort was created in December 2013 when San Francisco International Airport launched the Wag Brigade, a program that brings therapy dogs to airport terminals in an effort to make air travel more enjoyable for passengers. Thanks to her eye-catching beauty and her cheerful, friendly disposition so typical of her breed, Jackie quickly became a star of this program after retiring from her career as a top show dog.

Each dog in the program is carefully selected based on temperament and airport suitability. The dogs roam the terminals wearing vests that read “Pet Me”. In a time of heightened security that has made airports stressful places for many, the Wag Brigade has made a soothing difference for passengers and airport employees alike. When Jackie is not busy decreasing stress levels at the airport, she visits Stanford University and San Francisco State University to help students relax during exams.

“Bodie,” a Belgian Malinois owned and handled by Amy Lavoie.

“Bodie,” an eight-year-old Belgian Malinois, is among the small circle of search-and-rescue dogs trained and certified in three distinct disciplines: article search, trailing and human-remains detection. Bodie and his handler, Amy, have assisted local and federal law-enforcement in Southern California, Nevada, Arizona and Utah for the past seven years. Whether they are working in the sweltering desert heat or in bustling cities, this duo keeps very busy, averaging 20 searches per year along with several hours of training. “He has quite the reputation for all the kisses he gives,” his nominator, Randy Thomsen, says, “and there have been many officers that have finished their shift with Bodie fur on their uniforms from the loving lean he does whenever he meets someone.”

“Haus,” a two-year-old German Shepherd Dog, owned by the DeLuca family of Tampa, Florida, fought for his life after stepping between seven-year-old Molly DeLuca and a rattlesnake. Haus was in the backyard with Molly and her grandmother when Mrs. DeLuca saw the dog jump several times but still stand his ground. She saw blood coming from Haus and he began limping and crying and she quickly realized it was a rattlesnake that he was facing. Veterinarians identified three snake bites on Haus, who was injected with substantial amounts of venom; so much that he needed a steady drip of antivenin, instead of the more common one to two doses. Haus was in intensive care, his life on the line, after faithfully protecting the little girl. He was able to recover from his injuries and returned home to the DeLuca family. Mrs. DeLuca is extremely grateful that Haus was there to protect her daughter from what could have been a deadly incident.