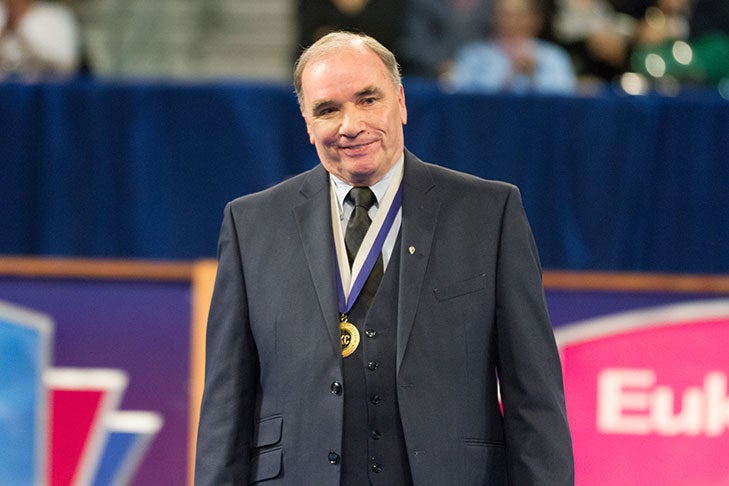 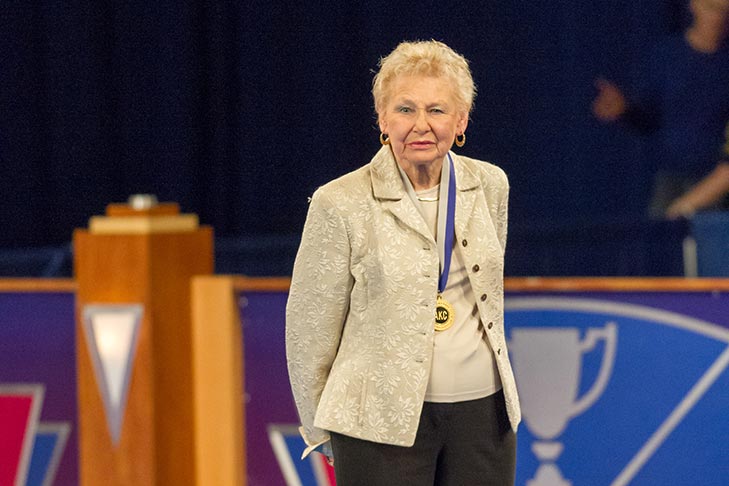 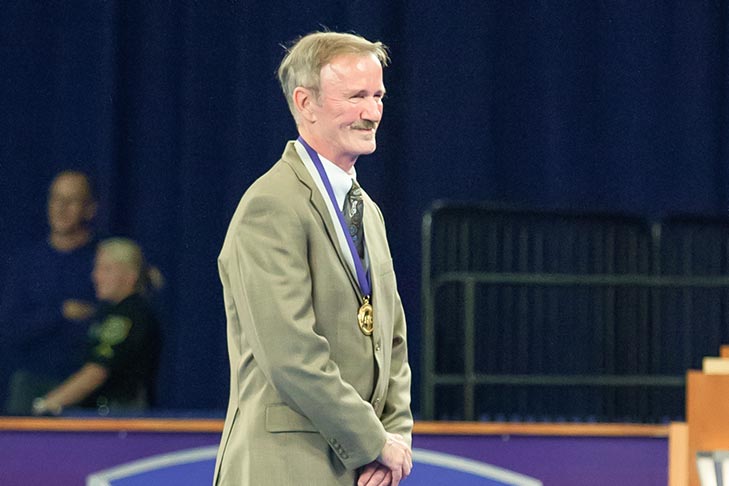 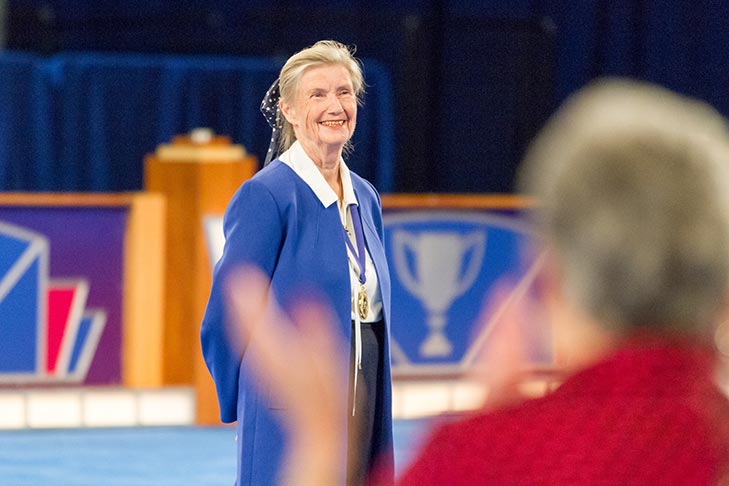 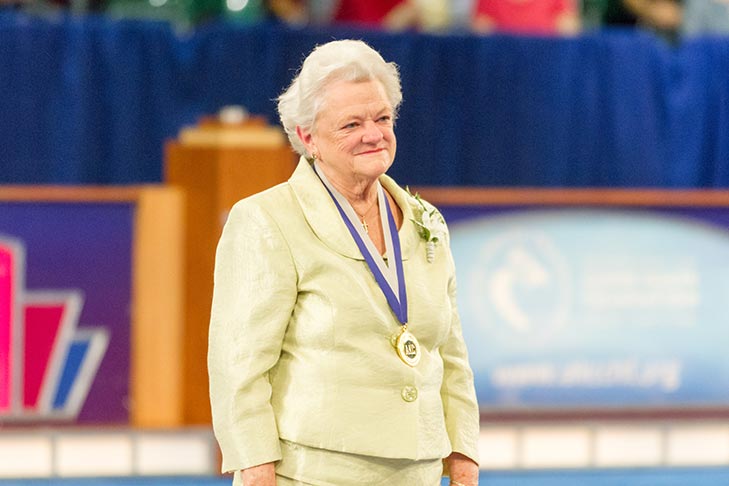 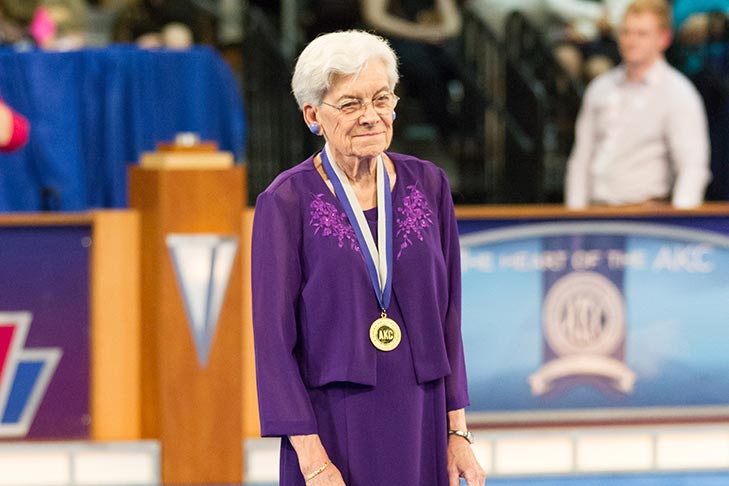 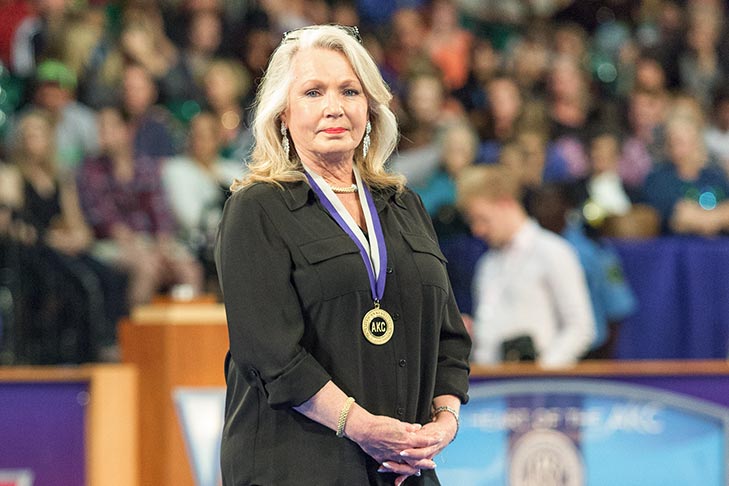 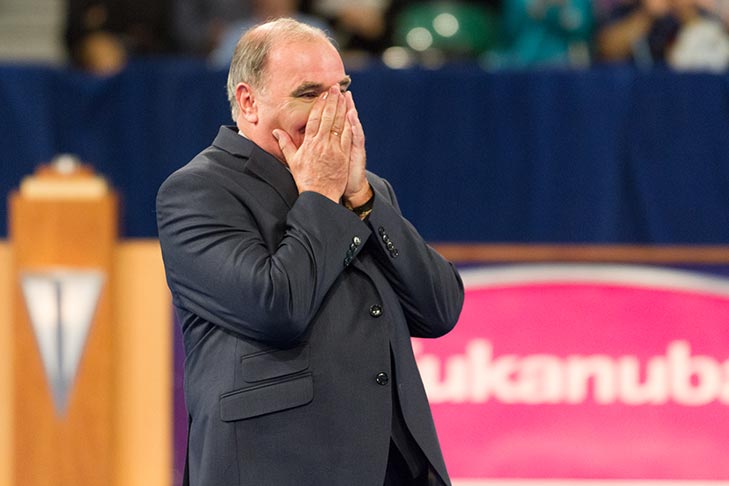 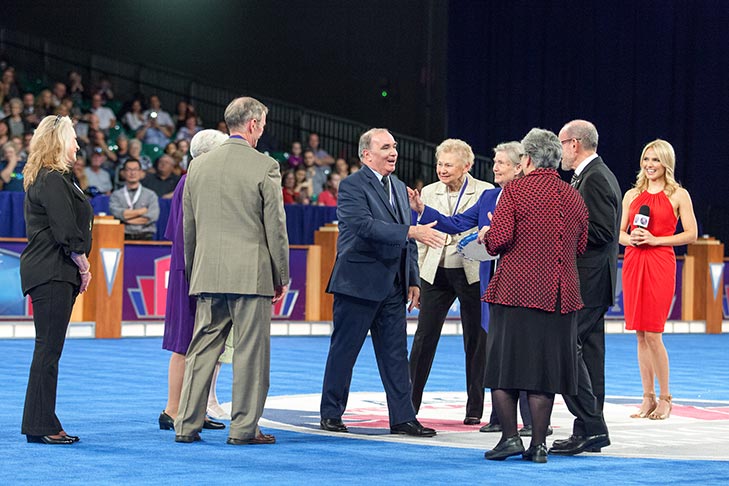 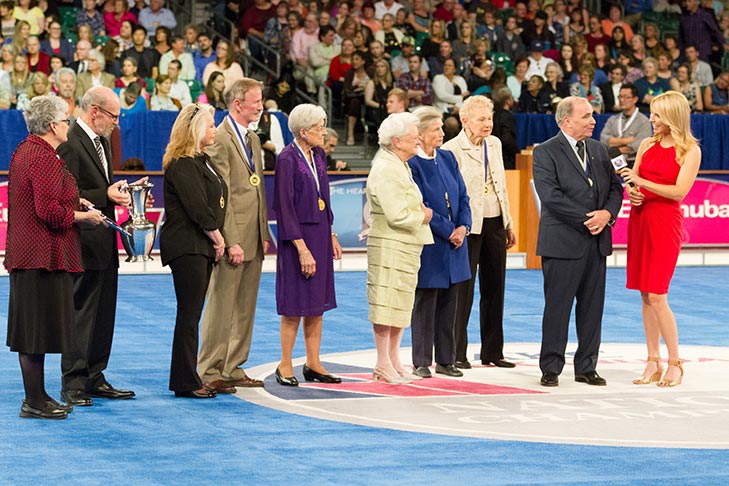 John Buddie was presented with the 2015 AKC Breeder of the Year award for his Tartanside Collies at the AKC/Eukanuba National Championship on Saturday, December 12, 2015.  The annual award honors those breeders who have made an impact on their breed and dedicated their lives to improving the health, temperament and quality of purebred dogs.

“We are proud to honor John with the 2015 AKC Breeder of the Year award,” said Dennis B. Sprung, AKC President and CEO. “The Tartanside prefix has adorned top quality Collies in the United States and his influence on the breed will be seen for years to come.”

One honoree is chosen from each of the seven groups: Sporting, Hound, Working, Terrier, Toy, Non-Sporting, and Herding. From those seven, one Group winner is selected as “AKC Breeder of the Year” during the AKC/Eukanuba National Championship, which was held this year in Orlando, Fla. Presentation highlights are available on live.eukanuba.com.

As the 2015 AKC Breeder of the Year recipient, Buddie will be honored with a commission from a canine portraitist to memorialize a prominent dog from his kennel and his name will be inscribed on a perpetual trophy, both of which will be displayed at the AKC headquarters in New York City.

John Buddie began in dogs in 1963. By 1971 he was an AKC-licensed professional handler who campaigned many influential Collies. Tartanside Collies has breeder-owned over 150 champions, including 12 Register of Merit dogs, and overall, Tartanside sires and dams have produced 350 champions. Among them have been multiple group, Best in Show, and National Specialty winners. Tartanside stock is the foundation for many of today’s top kennels.

All seven Group honorees were presented with medallions during the show on December 12, 2015.  Group winners included:

The annual award was presented at the AKC/Eukanuba National Championship.