How to Help Your New Puppy Deal With Separation Anxiety 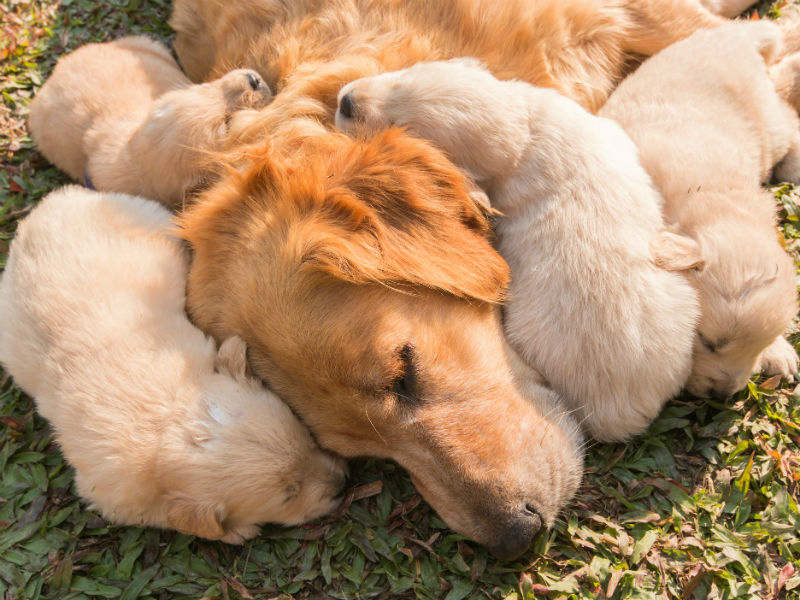 Imagine, if you can, being a little baby, cared for and safe with your parents and siblings. Then imagine being abruptly removed from everything you know and plopped down in a new place, with new people, new sounds, smells, and sights. Sounds pretty scary, doesn’t it? That’s how a new puppy feels when you bring him home for the first time.

Most responsible breeders and experts advise that a puppy should not be separated from his mother until he’s at least eight weeks old. In the early weeks of his life, he’s completely dependent on his mother. During the next three-to-eight weeks, he learns social skills from his mother and his littermates. He learns where he fits in the pack and starts to navigate the world around him. He sleeps snuggled up with his siblings and mother and, as a pack animal, he’s hardwired to remain close to them. It makes sense from an evolutionary standpoint — his very survival in the “wild” depends on staying close to the pack. So, when you bring your much-anticipated puppy home, he’s leaving the only family he’s ever known.

What To Expect In the Early Days With Your Puppy

You can almost count on some typical separation behaviors from your puppy and, once you understand these behaviors, you’ll find them much easier to deal with.

This is normal puppy behavior, and how you handle it will affect your puppy’s adjustment and integration into the household. All it really takes is patience, understanding, and consistency.

New Puppy Tips Will Get You On Your Way:

Most of all be gentle and patient. The frequent whining, howling, and barking or having the puppy constantly underfoot may be trying, but keep in mind that your new puppy has just been separated from the safety and security of everything he’s ever known. Being nervous after leaving his mother is perfectly natural. Contact and attention from you and an established routine will help him adjust more easily to life with his new family.