Cheyenne loves doing what she was bred for — herding! 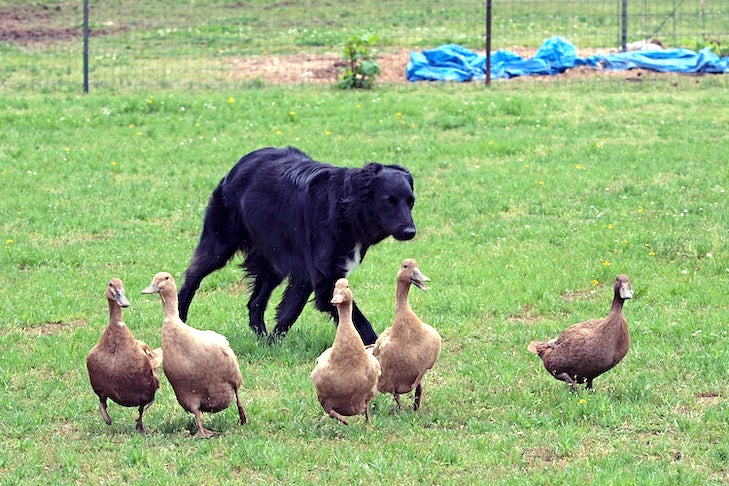 /
Cheyenne loves doing what she was bred for — herding! 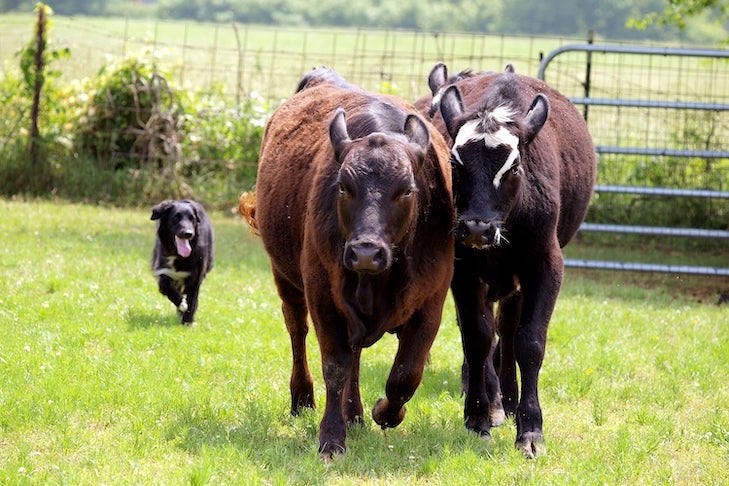 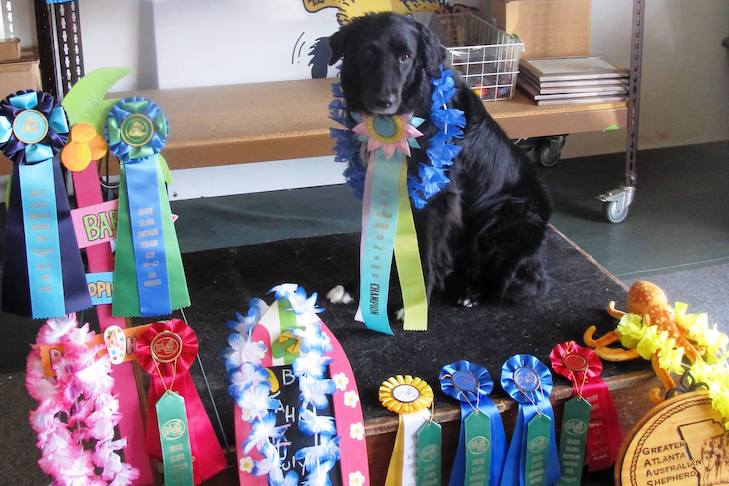 At first glance,  you wouldn’t be able to tell that Cheyenne is the oldest dog competing at the 2021 AKC Rally National Championship. Lively and energetic, the Australian Shepherd defies her age — 15 years old.

More impressive, this is the senior dog’s first AKC Nationals event. But Cheyenne is not at all new to success.

Cindy Franks and her Aussie are one of only 38 dog/handler pairs in Australian Shepherd Club of America (ASCA) history to earn a Supreme Performance Championship (SPCH). More impressive? They are the only team to win the SuperDog Obedience Championship twice — both in 2014 and 2017.

After a rescue Australian Shepherd (Callie) and a second Aussie from a breeder (Captain,) Cindy was hooked. “I love the Working Aussie!  It is truly my breed of choice,” she says.

When she was ready for Aussie no. 3, she reached out to Jamie Burns at Cut’n Loose Australian Shepherds for a blue merle bitch. At the time, she had Captain, a blue merle male.

But, it turned out, all the merles were spoken for. The only puppy left was one nobody wanted — a bi-black female.

Cindy and Jamie didn’t know each other yet, but Cindy knew Jamie bred carefully and had a line of dogs that worked stock, did rescue, agility, and were healthy dogs. So after talking with Jamie, Cindy decided the little bi-black puppy, Cheyenne, was meant to be hers.

Cheyenne competes in Agility in addition to Rally.

“When I took Cheyenne from Jamie, held her in my arms, looked into those brown eyes, and got a kiss on my nose, I was in love!”

Cindy’s first two Aussies were active and titled. Each trained and titled in stock, obedience, agility, and Rally. Both dogs showed well into their double-digits.

Cindy credits dog sports with keeping both Cheyenne and herself moving. “I have never been happy with just letting a dog hang out in a crate,” she says.

It’s no surprise that most people are shocked when they learn Cheyenne’s age. A 15-year-old Australian Shepherd still competing at the national level?

“I am very fortunate that Cheyenne is from working lines and so she still wants to do something,” Cindy says. “I saw a number of friends put their senior dogs to the side and get a new younger dog; their sporting goals hadn’t changed as their dogs aged. Dog sports activate the mind as well as the body.”

After winning the SuperDog Obedience Championship, ASCA put Cheyenne’s photo on the cover of the Aussie Times.

While Cheyenne continues to have fun competing in Rally and other dog sports, she is retired from her other favorite activity — working cattle. When she’s not competing, Cheyenne loves spending time with Cindy and Rider and eating her favorite snack — baby carrots.

Related article: Its Never Too Late: Get Your Senior Dog Started In Dog Sports
https://www.akc.org/wp-admin/admin-ajax.php
Get Your Free AKC eBook