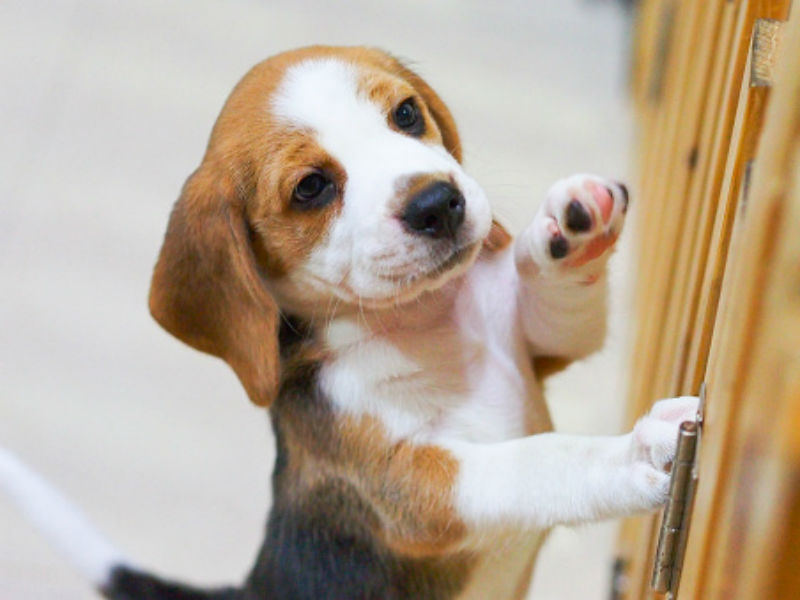 You’re slicing a baked ham at the dinner table or making yourself a ham sandwich, and your dog sits salivating at your side. You may think, “What’s the harm in giving him a juicy slice or two?” Maybe none, but there are things to consider before feeding your dog ham.

1. Yes, it’s a protein, and dogs need protein. But there are much better sources of protein in other types of meat. There isn’t much agreement on how easily digestible ham is as a protein source. Some sources say it’s highly digestible, while others claim it’s inferior to most other meats and not easily digested.

2. Store-bought ham, which is what most of us use, contains a great deal of sodium, which isn’t good for people or dogs. Even the preservatives used in ham are loaded with nitrates and nitrites, which are sodium-based. In fact, salt can be toxic to dogs: it can lead to vomiting, diarrhea, excessive thirst and urination, lethargy, and abnormal fluid accumulation. Sodium can also cause more serious consequences, such as kidney damage, seizures, coma, and even death.

3. Ham has a higher fat content than many other types of meat. A high-fat content diet isn’t any better for your dog than it is for people. Although dogs do need fat in their diet, most dog foods have the necessary amount of fat to meet your dog's needs. A healthy amount of animal fat in dog food is about 15 to 20 percent. The fatty richness of ham is what makes it taste so delicious, but it’s difficult for your dog to digest.

Too much fat can lead to pancreatitis and other digestive upsets. And if your dog is overweight, you’ll be doing him no favors by sharing the holiday ham with him.

While keeping all of these warnings in mind, it probably won’t hurt your dog if you give him a little sliver of tasty ham once in a while. But, as a general rule of thumb, it’s best saved for your own ham sandwich.