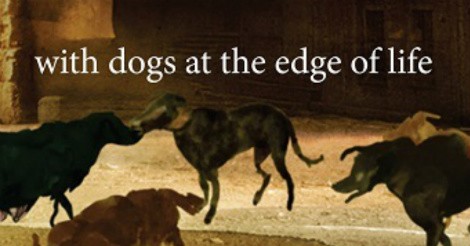 For Picks of The Litter, a regular book review series, Ranny Green critiques “With Dogs at the Edge of Life,” by Colin Dayan (Columbia University Press).

A scholarly, probing work on dogs, right? This one delivers bigtime. But if you’re looking for a walk-in-the-park casual read, this isn’t it.

In probing our relationship with the dog, she takes the reader to some grisly settings from the bayous of Louisiana to the streets of Istanbul, and even animal-welfare organizations and in the process trying “to narrow the gap between body and mind, human and nonhuman, matter and spirit.”

Most of the book, she acknowledges, is in the form of tales, whether told by the state, law, humane societies, dog fighters, dog breeders, dog trainers or herself.

Divided into three parts, “Like a Dog” (a personal memoir); “When Law Comes to Visit” (an exploration in to the landscape of why dogs matter to us as social and political animals); “Pariah Dogs” (a gruesome look at the cinematic representation of the disposal of stray dogs in several countries).

She describes her early childhood in Nashville and the bonding and eventual death of several family dogs. “I am still lost in the life of dogs. Everything I know of the spirit, I learned from them. Straddling the divide between heaven and earth, dogs were always my test of faith. They hold me captive in their love. Their ghosts are with me still.”

She writes about a quick marriage in Nashville and her husband’s failure to bond with her dogs, noting how one ran away while she was dating him and wondering later if she should have acknowledged this as a warning. “They know the irretrievable before bad things come to pass. They can sense the future but they also remember everything.”

As a wife she admits to feeling more like a dog living from domination, command, fear, and with great attentiveness. That, she characterizes, as living on the “knife-edge of cruelty,” citing abrasive interactions between her husband and her dogs before he left – for good.

For Dayan, our interaction with dogs is much more than the Velcro feel, simply man’s best friend or anthropomorphism. They are a bridge that joins us to others worldwide with deep-rooted feelings and empathy in regard to life and death and challenges in our everyday lives. In the process she blends autobiography (first part) with cultural critique (the following two sections).

“Dogs take their breath at the limits of the mental and the physical,” she writes. “”There they live out their lives suspended between themselves and their humans. Their knowing has everything to do with perception, an unprecedented attentiveness to the sensual world. They unleash intelligibility beyond the human world, beyond the resources of rational inquiry.”

The heart and soul of “When Law Comes to Visit” deals with dog fighting, the perception of animal cruelty and court battles involving Robert Stevens, a rural Virginia resident who sold a documentary of old dog fights, a video of showing dogs hunting boar and another with footage of Japanese pit fights.

After dog fighting became illegal in the mid-1970s and breed bans became commonplace the following decade, Stevens sought to preserve this history. Rather than encouraging “gladiatorial genetics,” Dayan argues, “he intended to direct ‘the outlaw stigma’ into healthy activities.” An eventual Supreme Court decision, based largely on First Amendment right of free speech, found Stevens innocent. Yet Dayan adds, “Stevens was cleared of all the charges, but his name will never be cleared of the innuendo.”

Pit bulls and the culture surrounding them are the centerpiece throughout this section with the author’s continued questioning of Stevens, a man she never met. A college graduate, a professional accountant and a Navy veteran, he was fascinated by the American pit bull terrier.

In the last section, Dayan probes representations of canines in two independent films from Turkey and Mongolia. “Through the dogs’ eyes,” she writes, “we sense a world devoid of spirit, ravaged of communion.”

Whether it’s poor African-Americans with pit bulls in housing projects or feral dog packs in foreign cities, extermination or wholesale cleansing of these animals is the focus here in film and literary passages.

“As they are seen as second-class souls, they get discarded by the system, without even being noticed,” says Ismail, a long-time Istanbul inhabitant.

In the film “Taskafa” (titled after a real dog and a legend on the streets of Istanbul, the skilled wordsmith sees “Dogs hurrying along, sauntering, standing, or lying down become something like touchstones for an anxious humanity. As people stop their daily chores to pat their heads, to stroke or talk to them, dogs lead us to the enigma of attachment – what it means to be moved by the purely sensible order of existence.”

Through “With Dogs at the Edge of Life,” we feel pain, we question cultural morality and re-examine our sentimentality with the dog. Emotionally and intellectually challenging, the volume boasts a rich, resonant message: Not everyone sees the dog the same.