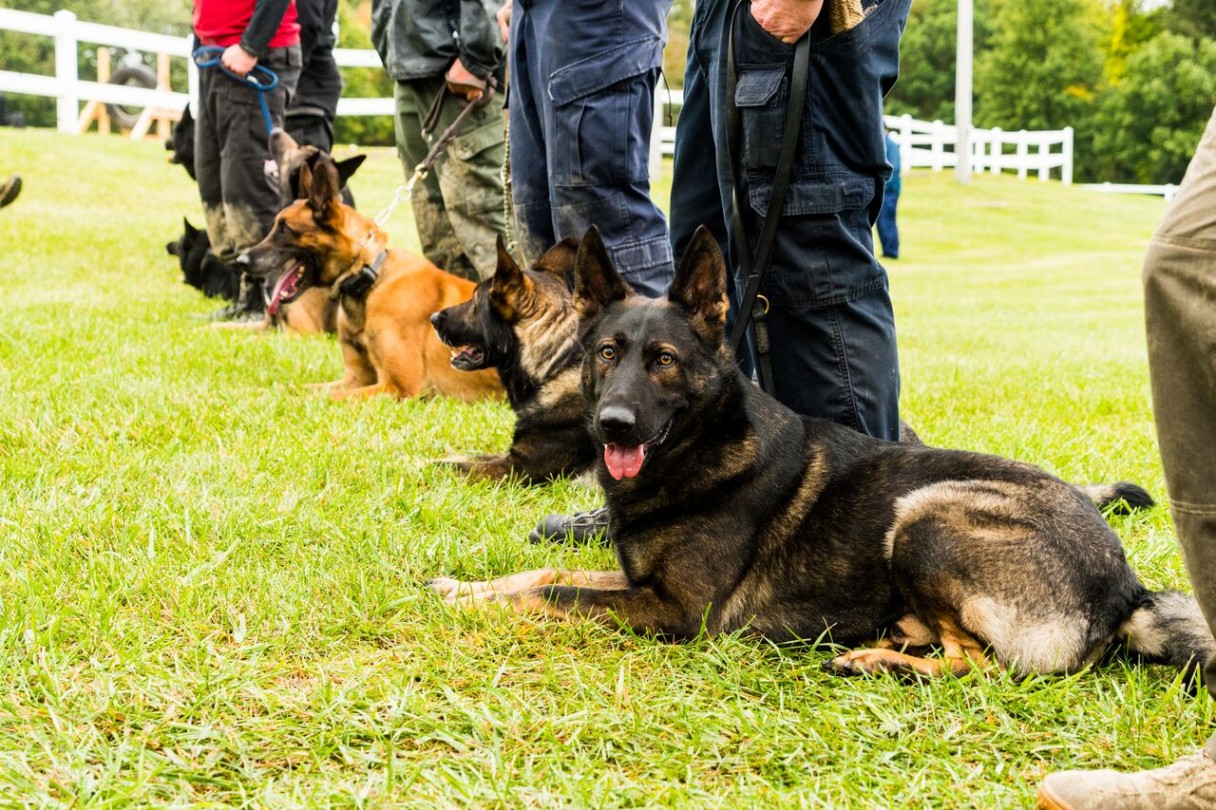 Neither rain, nor wind, nor dark of day could keep the police K-9s away! Teams from area Connecticut towns, the MTA K9 unit in New York City and the 928th Military Police Army National Guard tackled the obstacle course, apprehended suspects and demonstrated their obedience skills at the inaugural Western CT Police K-9 Challenge.

The fundraising event, held Sat., Oct. 3 and hosted by the Newtown Kennel Club and the Friends of Second Company Governor’s Horse Guard (2GHG) provided much needed funds to support keeping the 2GHG, one of the last active cavalry units, based here in Newtown.

Belgian Malinois “Czar” from the Norwalk PD signals a find

The competitors at the inaugural Western CT Police K-9 Challenge

Photo time before the awards ceremony