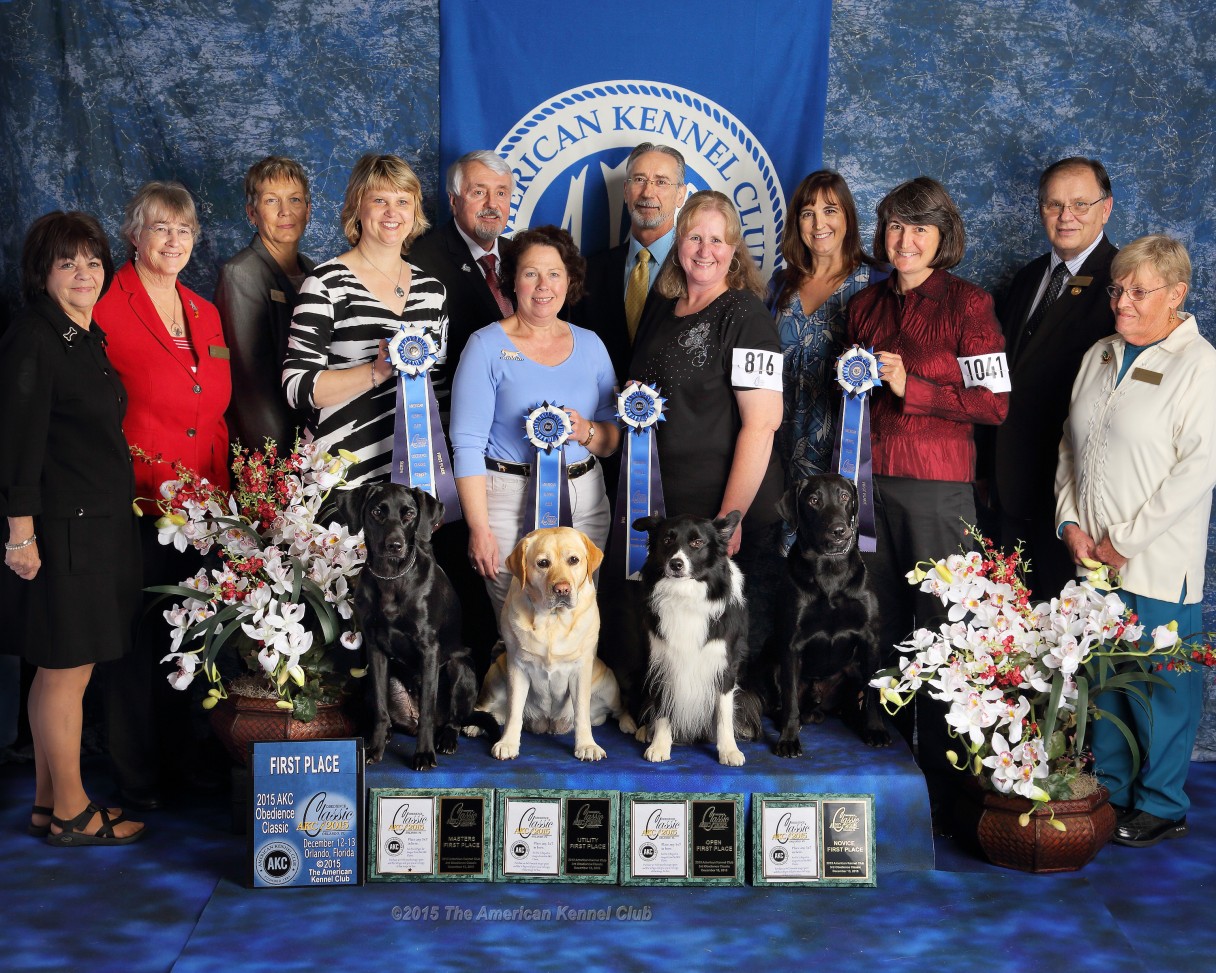 The 2015 AKC Obedience Classic and the AKC Agility Invitational took place December 12-13, 2015 in conjunction with the AKC/Eukanuba National Championship, demonstrating the highest level of training and teamwork between dog and handler. Obedience and agility competitions for junior handlers were held for the fifth year, and an AKC Rally® Junior competition was held for the second year.

On-demand coverage of agility and obedience is available at live.eukanuba.com.

Four obedience dogs and their owners – one dog/handler team in each of the four classes – were crowned at the AKC Obedience Classic, which brought together 217 dogs from across the country and beyond.

Placing first in their class (Novice, Open, Utility and Masters respectively) were:

Five agility dogs and their owners – one dog/handler team in each of the five height categories – were crowned as the 2015 winners of the AKC Agility Invitational, which brought together more than 700 dogs from across the country and beyond.

Juniors who participated in the AKC Juniors Classic competed in Obedience and/or AKC Rally®.

In Obedience, Juniors competed in two divisions (Obedience Junior Titled (OJT) – where the Junior earned all the titles on the dog that met the requirements and Obedience Junior Handled (OJH) – where the Junior may handle any dog that met the requirements). The Juniors competed in the Beginner Novice, Preferred Novice and Preferred Open classes twice, based on their AKC obedience accomplishments.

Placing first in their divisions were:

Click on the sport for more results and photo coverage: