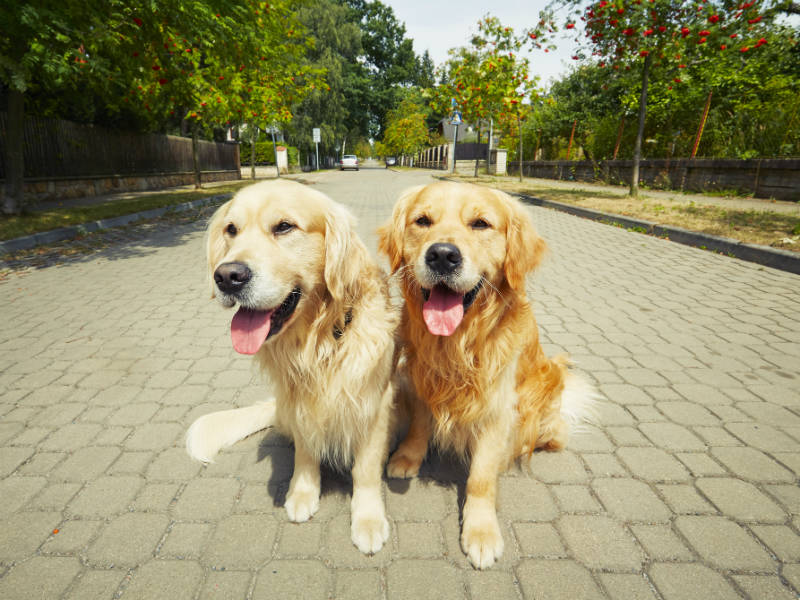 Dogs are social creatures, we know, but they’re also extremely food motivated. So scientists wondered: Would dogs be willing to share food in a social circumstance? That speculation led to a study conducted by researchers at the Messerli Research Institute in Vienna.

During the study, the dogs were trained to touch three tokens, each leading to a different action: touching one earned the dog a reward, another earned a partner dog a reward, and a third led to no rewards. The scientists found that the dogs were willing to touch the token that rewarded the other dog, especially if the other dog was not a stranger.

To make the task more difficult, giving the researchers a better sense of how complex dogs’ rationale is when deciding whether to share, the dogs were also tested on their willingness to treat another dog if the partner dog was in an enclosure visible, but not close, to them. For this portion of the test, the lead dog was able to touch a token that would earn him a treat in the beginning, and then was only offered two options in the form of tokens: treat the partner dog in the enclosure or do not treat at all. In spite of the added complexity, the dogs remained charitable, though less frequently and were three times more charitable when the partner dog was known to them than when it was a stranger.

The results of the study showed the researchers that dogs, like humans and few other species, are prosocial and generous, especially to their friends.

Do Dogs Prefer Praise or Food? Unlocking the Mysteries of the Canine Mind