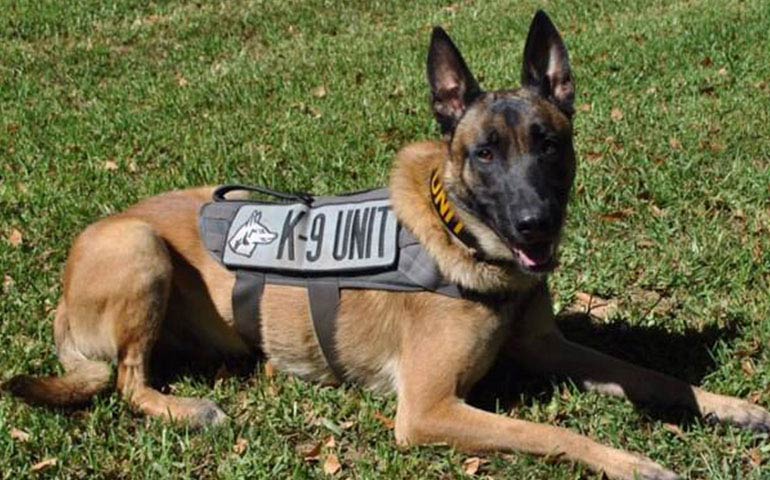 Yet another police dog has been shot and killed in the line of duty.

Smith County Deputy Constable K-9 Ogar, a young Belgian Malinois, who worked with the Smith County Sheriff’s Office in Texas was killed during a traffic stop on the afternoon of Jan. 19. Two individuals have been taken into custody, and a manhunt is underway for a third, who escaped into the woods on foot, the AKC confirmed with the sheriff’s office.

Ironically, Ogar was recently given a bulletproof vest by the nonprofit Vested Interest in K-9s. He was the third police dog to wear this vest—the other two K-9s were also killed.

“First K-9 handler that was awarded the vest through the program was killed in the line of duty. Then the secondary officer that received it for his K-9 was killed by a drunk driver,” Precinct 5 Constable Kenneth Bibby told KETK.

Constable Kenneth Bibby told AKC Ogar was not wearing his vest at the time of the incident,“however if he had it on, the impact area would not had been protected.”

More information will be provided as it becomes available.

K-9 Ogar is the third police dog to be killed by gunfire while on the job so far this year. On Jan. 10, K9 Jethro succumbed to bullet wounds in Ohio, and the next day, K9 Krijger was shot and killed while responding to a domestic abuse call in Virginia.