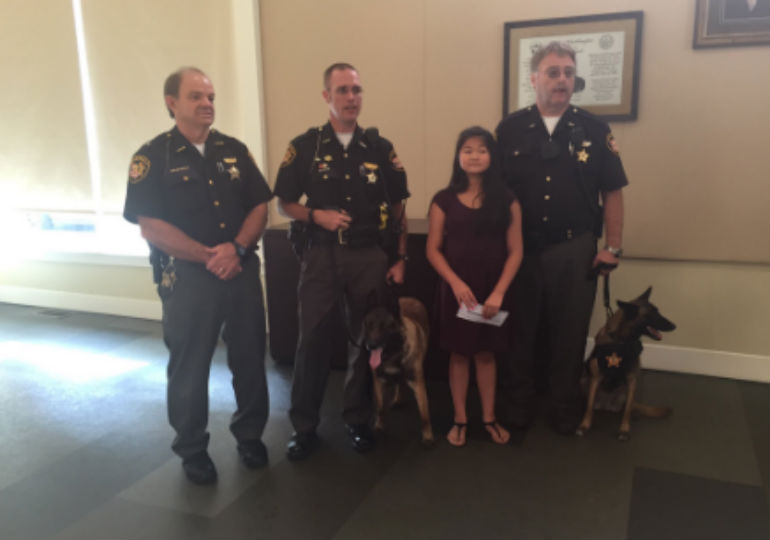 Corrine Woods, a 13-year-old from Chillicothe, Ohio, is going above and beyond to help the K-9 officers in her community.

After hearing about a police dog that was wounded in Canton, Ohio, Woods saw a need and began working to fill it. She contacted Ross County Sheriff's Department and Chillicothe Police to find out if their police K-9s needed bulletproof vests.

“[The police departments] were really surprised and they were happy to know that I wanted to help. They said they needed some vests,” Woods told WSYX.

She started fundraising and was able to make $1,300. On Monday, June 27, Woods received $7,500 from Adena Health System. With this money, Ross County and Chillicothe Police will be able to buy three K-9 vests.

One of these vets will be going to Handler Rick Torchick and his dog, Ilka, who is trained to detect explosives.

“It's important to give everything we can to protect our dogs,” Torchick told WSYX.

Woods is happy that her efforts are producing real results and hopes to check in with the departments once the vests have arrived.

See Woods and the police K-9s in the video below: