New Ideas from an Old-Time Breeder 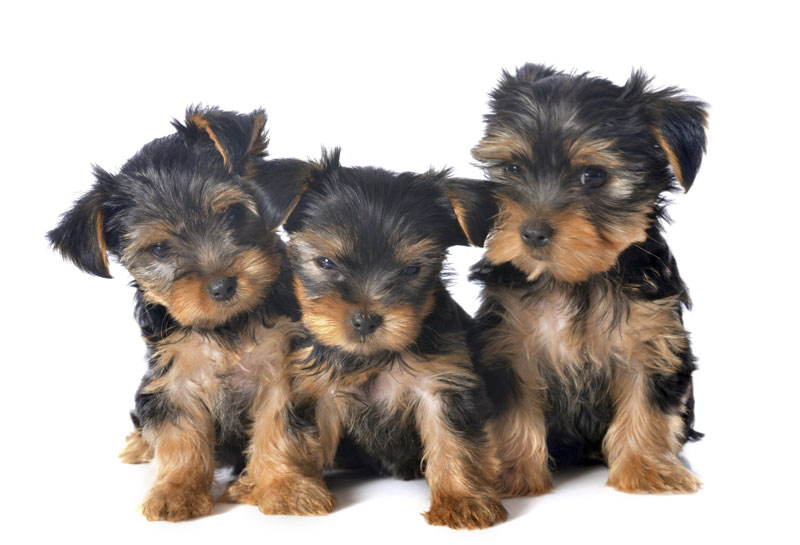 Having been raised in dogs by old-school breeders who were true animal husbandry experts, I have long believed that my dogs should be natural easy breeders and whelpers and fully capable of raising their litters with little fuss. These things are all still very important to me in my breeding program. However, old-time breeders would be missing out on some wonderful opportunities if we didn’t use some of the amazing technology available today.

When semen freezing first became available, I had two stud dogs that were producing well. I was encouraged by a number of people to freeze their semen. I looked into it a bit, discovered that the nearest place where I could have it done was a 12-hour drive away, and I also found out that the technology still had a long way to go before being perfected. I didn’t pursue it. Now, some 30 years later, I look back and wonder if I made the correct decision. While I firmly believe that breeding programs are meant to move generationally forward, how I would love to have just a litter or two by those dogs, who are the ancestors of every Springer that I have today. I still line-breed heavily on them and see their characteristics come through strongly these many generations down the line.

While new puppies from those dogs are not to be, as advances in techniques have been made and the use of frozen semen has become much more successful, I now find myself with frozen semen on two of my current stud dogs, and hopefully will soon have some from the third. If I live another 30 years I don’t want to look back again wistfully, wishing that I could have a litter sired by my National Specialty Best of Breed winner!

The impact this technology can have is huge. A fellow breeder has a beautiful bitch that had pyometra last year following being bred. Her life and her uterus were both saved but at tremendous cost. She was advised to do an implant breeding on the next season with semen of the highest quality possible. She did this, and the result was six healthy and gorgeous puppies. Saving this bitch and having her whelp and raise a wonderful litter could never have happened without the advances in veterinary technology available to breeders now.

In the mid 1990s I exported the first Am. Ch. English Springer bitch ever to go to Australia. She was tightly linebred on the aforementioned dogs. She had three litters there, and in 2003 I judged a Specialty show in Australia and was able to see her (she was 12, I think) and quite a number of her descendants. Her impact on the breed there has been considerable.

A few years ago, a great grandson of hers came to America for a year with his owner. While he was here, I was able to meet this dog and spend time with him. He is now 12 years old and in perfect health with a still amazing temperament. And I am getting ready to breed a bitch to him through the wonders of frozen semen! He was collected and stored when he was here. Being able to do such breedings is really nothing short of a modern miracle.

Another advancement for breeders is transcervical artificial insemination. I had my first experience with it last summer, and I was impressed. Another breeder friend had a bitch that had had trouble being bred naturally due to a vaginal stricture. She had been bred via regular A/I and had given birth naturally to her litter, but the reproductive specialist was not convinced she would be capable of being naturally bred even after having a litter because the hormones that affect being in season and being in labor are different.

The breeder wanted a litter from this bitch but was running out of time, as the bitch was 6 years old. She asked if I would fly to Texas with the stud dog so that he could do transcervical A/I breedings to increase the chances of her getting pregnant. Off we went, and I was able to watch this process being done. It is really amazing and causes absolutely no stress on the bitch. I actually watched on a screen as the tube with camera attached went up through her cervix and implanted the semen directly into one horn of her uterus. We skipped a day, did it again, and the bitch whelped seven beautiful puppies 63 days later. No anesthetic, no surgery, no stress, and the semen goes directly into the uterus. The joke was that the semen didn’t have to swim at all, just bump their heads into an egg and make a puppy!

This process is being used more with frozen semen breedings as well, though to best cover the bitch, the specialists recommend having two breedings done a day apart rather than just one implantation that is done surgically. It is necessary to have two breeding units of semen available, but still it seems likely that more and more breeders will opt for the transcervical breedings whenever possible, as it is so much safer for the bitch.

Many breeders make use of chilled semen breedings, but in my breed, the success rate is rather dismal. I watch in other breeds, one being Golden Retrievers, as big litter after big litter is born from chilled breedings, but we in Springers rarely even attempt it anymore because so many breedings have not worked. It seems odd that the same technique that works so well for some breeds barely works at all for others.

Another amazing advancement for breeders is the research that has gone into proving that we have been overvaccinating our dogs. It is wonderful to finally have the proof we needed so that we can stop continually immunizing our dogs. This advancement could have incredible health benefits for dogs if breeders (and their veterinarians) accept and embrace the new protocol. I certainly do.

So, yes, I am old school, but I am not at all resistant to new ideas and advances in science that can help produce the finest animals possible. We all need to use the best of the old and the new to reach our goals.