This Navy SEAL K-9 Saved His Handler From Certain Death 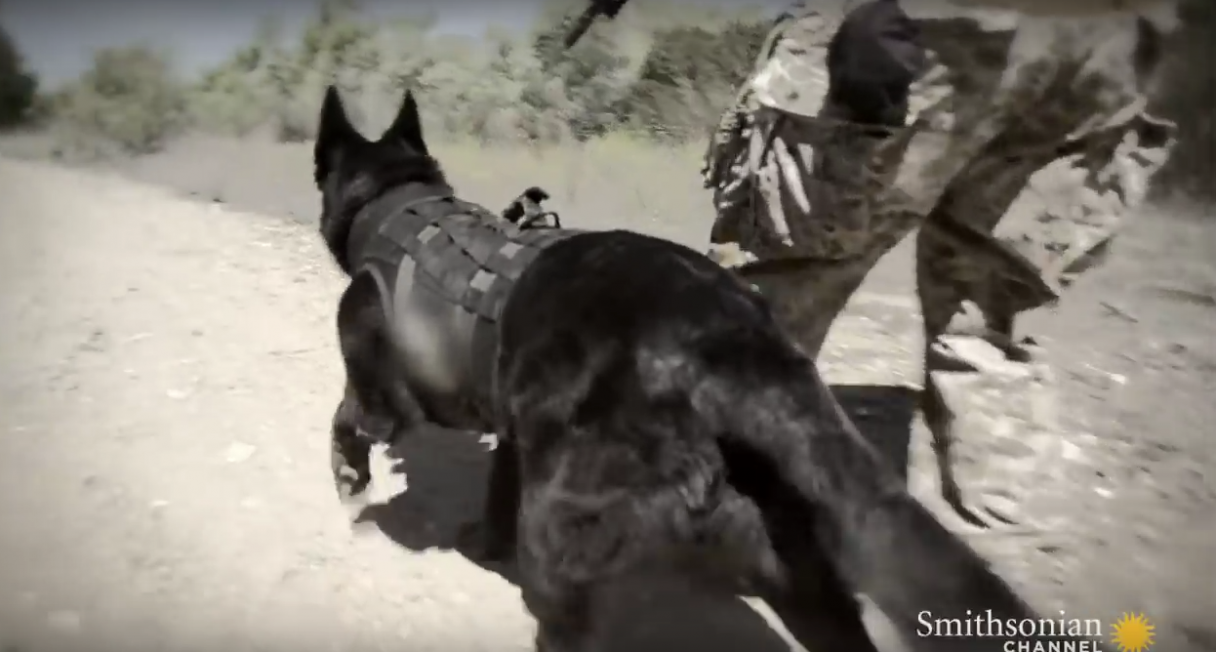 Military and police dogs are trained in a variety of skills, from short-roping out of a helicopter to rappelling up a wall. But most commonly, they’re used for detection of hidden explosive devices or dangerous persons. (Read how one military dog saved his handler from a sniper attack in Vietnam.)

Chopper, a Navy SEAL dog who was featured November 11 in a Smithsonian Channel special called Seal Dog (scroll down for video clip), once played a crucial role in saving his handler and other SEALs from an ambush.

Former SEAL Trevor Maroshek was stationed with Chopper in Afghanistan when he and his teammate came across an abandoned motorcycle. After commanding Chopper to inspect it for explosives and finding none, Maroshek realized the bike was still warm and that it had been abandoned very recently. He sent Chopper to search, and the dedicated dog immediately found two Taliban soldiers, who were likely planning an ambush. Maroshek believes the men were attempted to detonate explosive devices found under the ground in that area.

“Had Chopper not been there, I would have been dead fore sure. They were armed to the hilt,” Maroshek said. “Chopper potentially saved about 70 people.”

See a clip from the special below: