Meet The 7 Breeds Debuting At Westminster 140 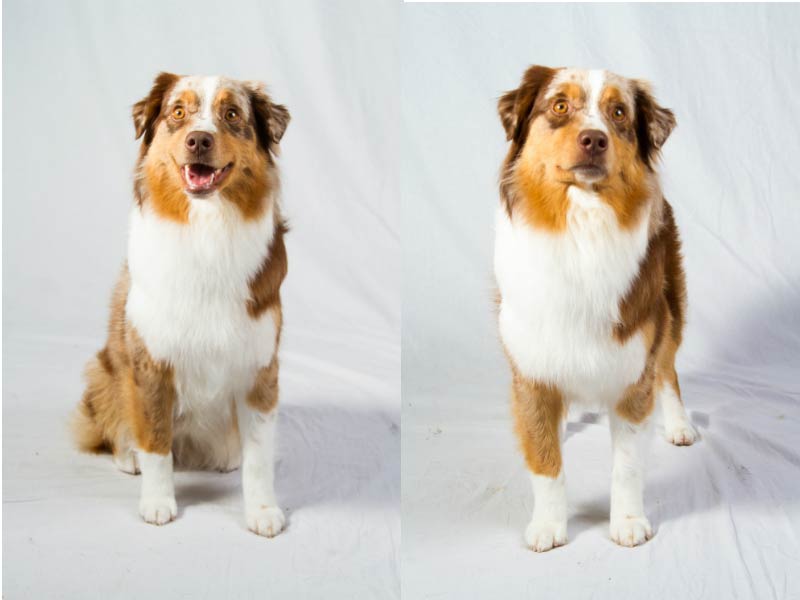 When the nation’s greatest show dogs descend on New York City for the 140th Westminster Kennel Club dog show presented by Purina® Pro Plan®, several newcomers will be strutting their stuff on the big stage for the first time. Here’s quick primer on the seven new AKC breeds making their Westminster debut in 2016. Come meet these breeds and 100 more at Meet The Breeds Feb. 13, click here for more details.

The essentials: Described by one expert as the “shaggiest dog in the world,” the powerful, balanced, and resilient Bergamasco was bred to move and guard sheep on the rocky slopes of the Italian Alps. The Bergamsco has hair of three different textures that form naturally occurring “flocks” (strands of hair woven together, creating flat, felted layers) covering the body and legs. Under the coat is a fine family companion: bright, loyal, loving, and trainable. They take to watching over loved ones with the same vigilance that made them famous flock guardians.

Bonus point: A Bergamasco will need just one to three baths a year.

The essentials: Thought to be France’s oldest herding breed, the lively, even-tempered Berger Picard (bare ZHAY pee CARR) is easily recognized by its large, erect ears and a tail ending in a J-hook. They are medium-sized, sturdy, and muscular, but never bulky. The coat is rough and shaggy, and the furnishings on the head and neck are known as “griffonage.” The ravages of two world wars in its home region of northern France nearly drove the Berger into extinction, and they are still rare today, but the breed has made a spectacular comeback in recent years.

Bonus point: A Berger Picard played the title role in the movie “Because of Win Dixie.”

The essentials: Boerboels are intimidating but discerning guardians of home and family. There’s a no-fuss, no-nonsense quality to these sleek-coated avengers, who might stand as high as 27 inches at the shoulder and weigh as much as you do. A broad, blocky head, powerful jaws, and thick muscles from neck to rump mark it as a descendant of the ancient molloser-dog family, the foundation of today’s mastiff-type breeds. Pardon the cliché, but the Boerboel moves well for a big guy. It is, in fact, the most nimble-footed of all mastiff types.

Bonus point: The name Boerboel means “farmer’s dog.” (“Boer,” a Dutch word meaning “farmer,” was the name given to European settlers of South Africa who used Boerboels to ward off wild predators and poachers.)

The essentials: Standing under 20 inches at the shoulder, the sleek, shiny Cirneco (cheer-NEK-o; Cirnechi is the plural) is often described as resembling a smaller version of the Pharaoh Hound, its cousin from the island of Malta, 80 miles south of Sicily. For thousands of years Cirnechi have been chasing rabbits across the rocky slopes of Mount Etna, Europe’s largest active volcano. In many ways these lithe and leggy Sicilians are typical coursing hounds: sweet-tempered, independent and, of course, breathtakingly swift. It’s said, though, that Cirnechi are a bit more trainable and responsive than the usual courser.

Bonus point: Despite its elegant build the Cirneco is a ferocious worker, able to go without food or water for hours on the hunt.

The essentials: The breed’s provenance goes back to at least Renaissance Italy, where they were first used as waterfowl retrievers working the marshlands of Ravenna. (“Lago” is Italian for “lake.”) For many years, though, the Lagotto, blessed with an exceptional nose, has been used in the Italian countryside to sniff out truffles, a tasty and expensive delicacy. Though many breeds can be trained on truffles, the Lagatto is generally considered the world’s finest truffle dog. The breed is instantly recognizable by the woolly curls that cover the body head to tail, crowned by a lavish beard, eyebrows, and bristly mustache.

Bonus point: The Lagotto Romagnolo Club of America offers the “Truffle Award” for the club’s most titled Lagotto.

The essentials: The breed was founded in the 1960s, when small-size Australian Shepherds working the rodeo circuit were selectively breed to further reduce their size. This unique breed is an eye catching, versatile little herding dog, equally at home on a ranch or in the city. A wonderful companion, the Miniature American Shepherd is versatile and easily trained, performing his work with style and enthusiasm.

The essentials: The unique look of these upbeat, energetic workers begins with the coat. It’s naturally curly and woolly head to toe, and when grown out will often form tight, tapered cords. “Rustic” is the word often used to describe the overall look of this hardy, medium-sized, low-maintenance breed. In its homeland the Spanish Water Dog was a dual-purpose breed, utilized as both a waterfowl retriever and a sheepherder. As their name suggests, these web-footed wonders are expert swimmers. SWDs are smart and trainable; they do best with owners who can provide outlets for their problem-solving skills and inexhaustible energy.

Bonus point: Traditionally, Spanish Water Dogs were shorn annually, along with the sheep they moved.

Do you want a well behaved dog but don’t know where to begin? The Basic five commands e-book is a great place to start and will give your dog a strong foundation for future training.
*Turn off pop-up blocker to download
AKC Privacy Policy
Founded in 1884, the AKC is the recognized and trusted expert in breed, health, and training information for dogs. AKC actively advocates for responsible dog ownership and is dedicated to advancing dog sports.