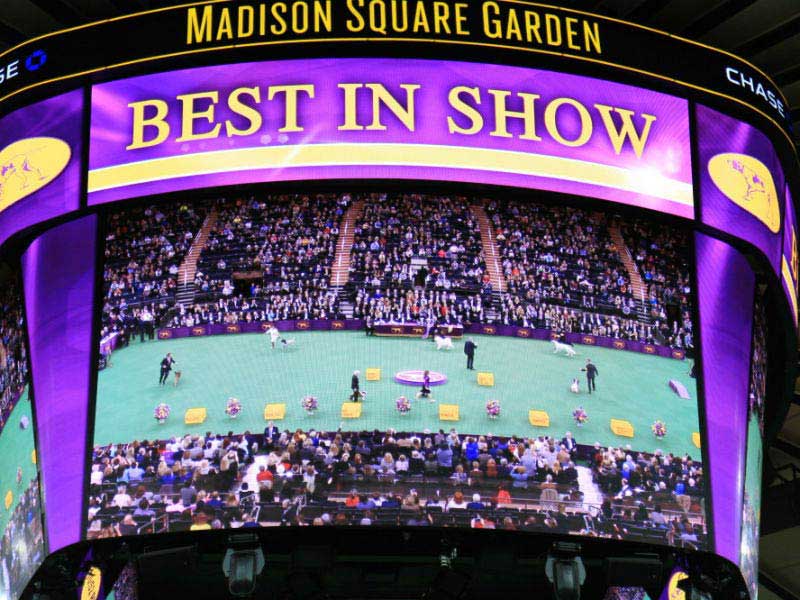 One of the most exciting events in the dog world is the annual Westminster Kennel Club Dog Show presented by Purina® Pro Plan®. Handlers and their dogs come from around the nation to demonstrate their poise and skill. While all eyes are usually on the dogs, there is one important individual who ultimately decides the winner of the coveted prize, Best in Show.

That individual is, of course, the Best in Show judge.

The judge will choose the winner from a selection of seven group winners, evaluating each dog based on its breed standard. Understandably, this is no easy task.

In 2016, Judge Dr. Richard Meen of Toronto selected Purina® Pro Plan® Sport Performance 30/20 Formula-fed GCh. VJK-MYST Garbonita’s California Journey, aka “CJ”, as Best in Show. Picking the German Shorthaired Pointer out of the seven Purina® Pro Plan®-fed group winners had to have been difficult. This year, the weighty decision for Best in Show lies in the hands of Thomas H. Bradley III.

Bradley will be choosing from the seven group winners on Feb. 14, 2017 after competition on the 13th and 14th.

Bradley is a lifetime participant in the dog sport, competing in his first dog show as a teenager in 1955. At this event, the Adirondack Kennel Club show in Lake Placid, N.Y., he showed his German Shorthaired Pointer.

Bradley went on to become a breeder of German Shorthaired Pointers, Pointers, Labrador Retrievers, and English Cocker Spaniels under the Luftnase kennel name. He has also owned and shown Cairn Terriers, Whippets, and Cocker Spaniels, and more recently he has bred Border Terriers. He was co-breeder of the great Pointer, Ch. Luftnase Albelarm Bee’s Knees, CD, JH, winner of more than 50 all-breed Bests in Show, three-time Best of Breed winner at the American Pointer Club national specialty (1989, 1991, 1992), and winner of the Sporting Group at Westminster in 1989.

In 1965, Bradley was approved to judge German Shorthaired Pointers, German Wirehaired Pointers, and Weimaraners, and he now judges all sporting breeds and Best in Show. In 1975, he joined the Westminster Kennel Club, and since then he has held many positions within the club, including communications director, but he is best known for his 15-year tenure as show chairman for the annual Westminster KC dog show in New York.

Bradley is also a founding member and executive director of Take The Lead, a charitable organization established in 1993 to support people in the sport of purebred dogs who suffer from terminal or life-threatening illnesses.

He is the former president of Thomas H. Bradley, Inc., a wholesale hardware company in Watertown, New York, established in 1897 by his grandfather.

With all of his experience in the sport, and his clear enthusiasm for purebred dogs (this is also his ninth judging assignment at Westminster), Bradley is certainly up to the challenge of choosing a Best in Show winner for the Westminster Kennel Club Dog Show presented by Purina® Pro Plan®.

We wish him the best of luck!

Check out a touching story about a girl and her dog who won a past Westminster show in the video below!