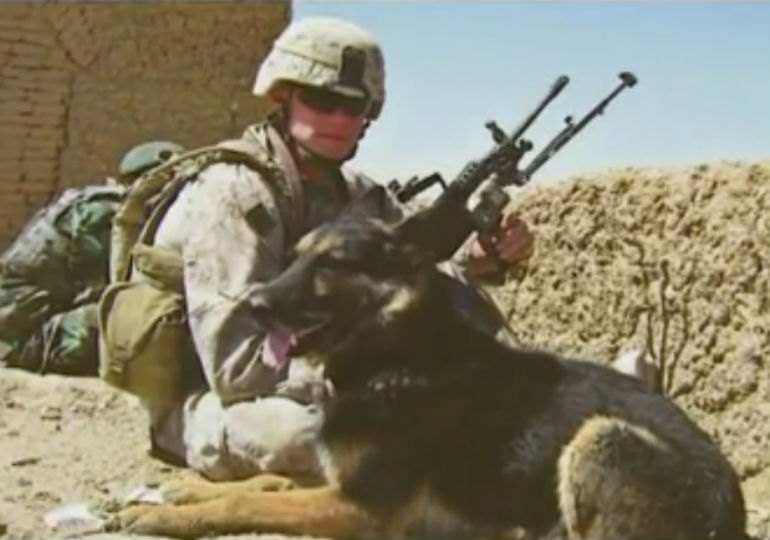 Staff Sergeant Russ Beckley, Jr. is a fourth-generation Marine who served in Afghanistan with his partner, Rico. Rico, however, was no ordinary Marine.

Rico was a 12-year-old German Shepherd K-9 who was part of more than 240 missions and 30 firefights during his two deployments to Afghanistan.

This weekend, Beckley, Jr. was reunited with Rico after being away for a year. Rico, who retired in 2012, had been staying with Tammy and Russ Beckley, Sr.

Due to his poor health, the Beckley family made the difficult decision to put the dog down on Saturday, according to News 8.

Rico received a military farewell and dozens of people attended the ceremony to celebrate the Marine hero.

See Rico's touching farewell in the video below.