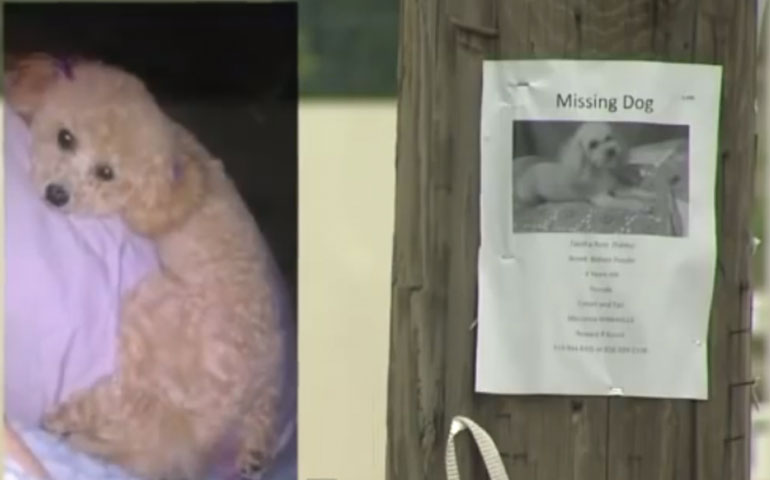 Kelly and Alfred Schaefer were devastated when their dog Tabitha went missing earlier this month. Alfred, who has Alzheimer’s, wandered outside his Missouri home with the Bichon Frise–Poodle mix. Kelly was able to find her husband, but there was no sign of Tabitha. She created and posted hundreds of flyers, catching the attention of a FOX 4 news reporter.

The reporter, Judy Le, produced a news piece on the couple’s plight, interviewing a tearful Alfred and Kelly on-air.

Meanwhile, Tabitha had been found by someone who was keeping her in her home, where she happened to be watching the news report. The little dog perked up at the sound of her owners' voices saying her name on the television, catching the attention of the homeowner. A photo confirmed that the dog she had found was the missing pup in the news story. She called Fox, and Tabitha was reunited with her people.

Get tips on what to do if your pet goes missing here, and remember to microchip your pets to increase the odds they'll be returned to you should they ever get separated from you.