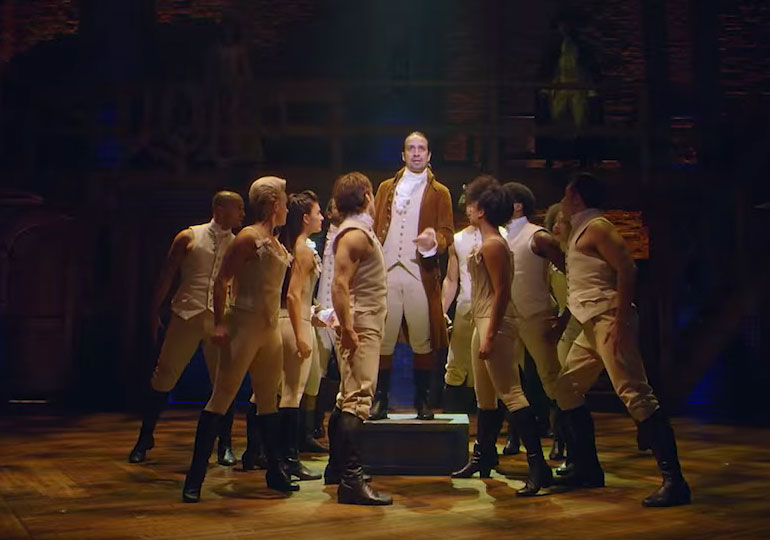 The mastermind behind the production, Lin-Manuel Miranda, who also stars in the lead role, created the book, music, and lyrics, which won him a Pulitzer Prize for Drama and a Grammy earlier this year. And the fascinating way he gets his creative inspiration caught our eye:

“Lyrics tend to come when I’m on the train or walking the dog,” he told The New York Times in 2014, adding that he likes to spend his mornings taking his dog for a two-hour walk in Central Park.

His dog is named Tobillo, the Spanish word for “ankle,” because Tobillo nibbled on his wife Vanessa’s ankle when they first met. She’s frequently featured on Miranda’s Twitter account, where Miranda notes Tobillo likes to sit outside his office while he works.

Tobi guards my office when I write.
Good night. pic.twitter.com/myNFKwpTsj

Miranda also posts pictures of him spending quality time with his four-legged fan at home or out and about:

Had time to take Tobillo on one of our epic walks today.
Just T & the GWB… pic.twitter.com/WyYBOmAi0X

See clips from the show here:

Congratulations to the entire talented, hard-working cast of “Hamilton!”