Beautiful Festival in Nepal Thanks Dogs for Loyalty and Friendship 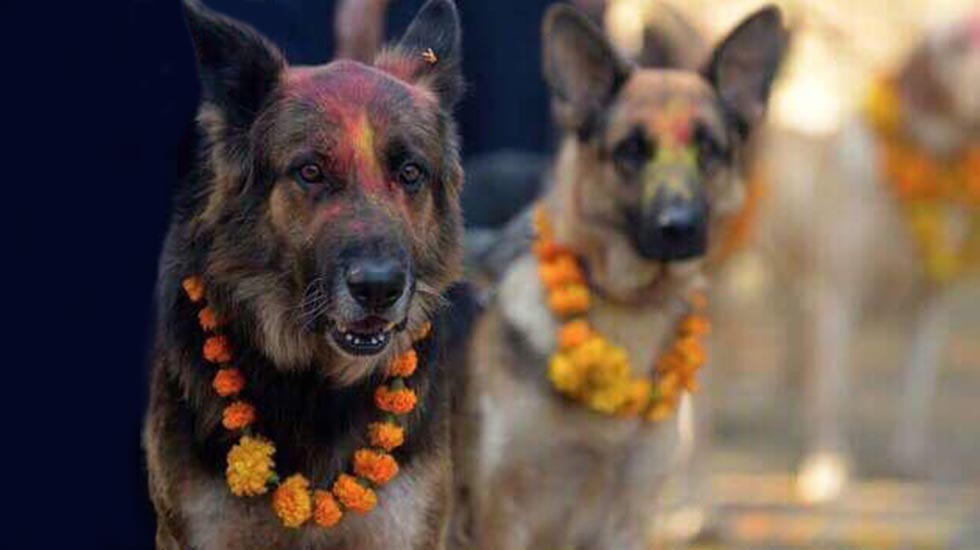 Every year millions of Hindus celebrate Diwali, a festival of lights. Taking place over the course of five days in the fall, each day has its own special observances (and it varies among regions and denominations), with the overall focus on gift-giving, telling stories, and acknowledgement of human beings’ interconnectedness with all things. Including dogs.

Nepal’s festival includes Kukur Tihar, a day devoted to dogs, honoring them for their steadfast loyalty and friendship.

Dogs wear a garland of flowers, known as a malla. It is a symbol of respect and dignity, and is meant to announce that the wearer is important.

The dog’s forehead is marked with a red “tika” (using a temporary, natural coloring), to designate the animal as an object of devotion.

Perhaps the best part of the ceremony—for the dogs, anyway—are the abundant, high-quality food offerings, set out for both pet dogs and free-roaming ones.

A “tika,” made from a natural red powder called abir, symbolizes devotion.

Though Kukar Tihar takes place in the autumn, photos have been circulating on the Internet as a lovely counterpoint to the horrific images of animal cruelty at a recent annual event in Yulin, China.