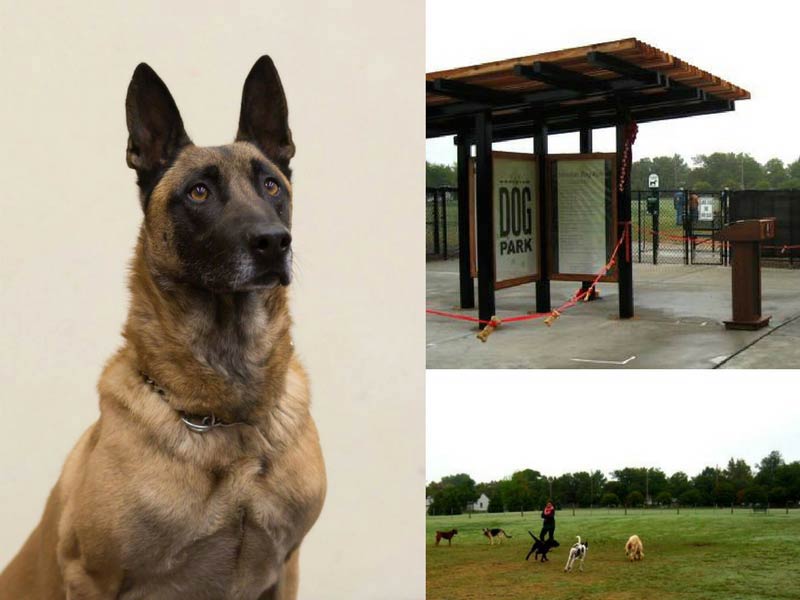 Any day is a great day to honor a K-9 officer. Tuesday, June 13th was a particularly celebratory day for residents and officers of Wichita, Kan.

K-9 Rooster, a member of the Wichita Police Department and partner of Officer Daniel Gumm, lost his life in “a confrontation outside a south Wichita mobile home park” this March. Rooster had served as a police dog for 4 ½ years.

The idea to name the dog park after the fallen K-9 came from resident Michael Walker. “[It] came from the community, it’s unique,” Officer Gumm told the Eagle.

During Tuesday's vote, three officers, including Gumm, and their K-9 partners watched from the back of the council chamber. Gumm attended with his new partner, a Belgian Malinois named Bane.The city of Wichita Parks and Recreation shared the following post on Facebook announcing the name change for the park:

And now K-9s and companion dogs alike will be able to run around in the dog park and help celebrate Rooster's heroism.

See the ceremony held in March that honored Rooster's life in the video below.

Learn more about other K-9 heroes and the incredible work they do for their communities, here.

Meet The K-9s Who Protect And Serve The Big Apple