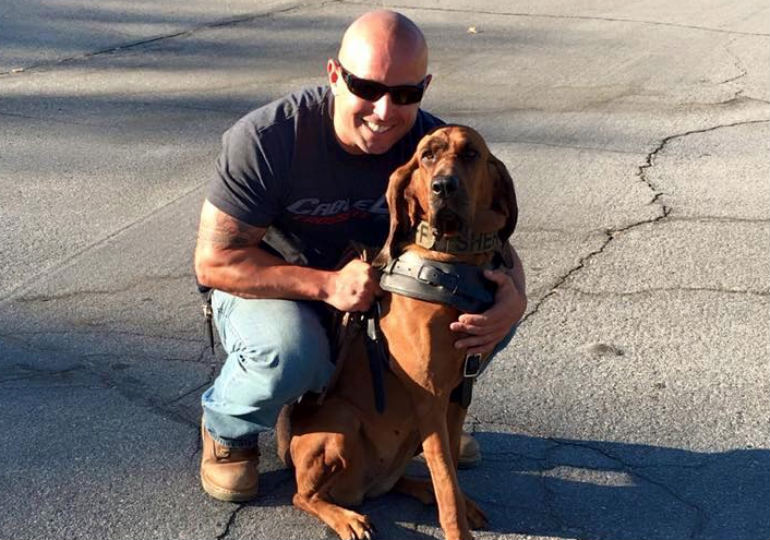 After a girl was kidnapped from her home, Deja followed the trail, leading to the rescue of the girl and the apprehension of the suspect.

The girl went missing from her home around 3:00 AM and was seen being taken into the woods, NBC 4 reports.

The Bloodhound and her handler, Deputy Stone, tracked the girl's trail up to the front of a house, and at the front door, Deja refused to leave.

The pair were able to safely rescue the girl from inside the house and arrest the man that had taken her.

K-9s like Deja work tirelessly to protect their communities. See the K-9s who protect New York City in the video below.

And to learn about more K-9 officers, check out those recognized by AKC's Canine Officer Program.