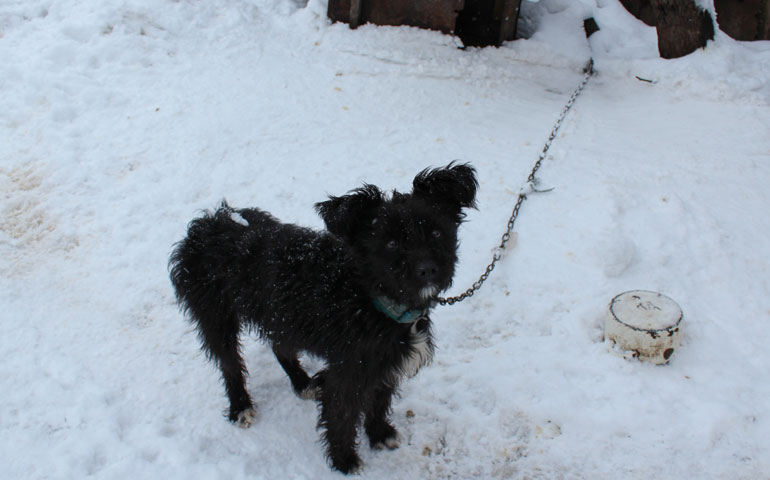 If you live in Marion County, Indiana, letting your pet outside alone to go to the bathroom could now land you in the doghouse.

Dog owners in Indianapolis and surrounding areas can now face a fine and even lose their pet if they’re caught leaving their dog outside in extreme weather. A revised city ordinance dictates that dogs cannot be left outdoors alone in any of the following conditions:

Dog owners are allowed to walk their pets during these conditions, but pets are not allowed to be unaccompanied—the ordinance specifies dogs must be “in visual range of a competent adult who is outside with the dog.” Residents are urged to file complaints of violations online here or by calling Animal Care & Control at 317-327-1397 or the police at 317-327-4622.

It is now a violation of city ordinance (revised Code of the Consolidated City and County, Indianapolis/Marion County,…

As of Wednesday, January 13, Indianapolis Animal Care & Control issued 8 citations this week alone relating to violations of the ordinance and confiscated 10 dogs, the IndyStar reported.

Last summer, Illinois amended its Humane Care for Animals Act to make it illegal for dog owners to expose their pets to extreme hot or cold weather. The law, which went into effect January 1, states that owners whose pets are injured or die as a result of a violation of this act can be charged with a Class A misdemeanor, which can result in a maximum $2,500 fine or as long as a year in jail.

Did you know? Forty-one percent of dog owners surveyed by AKC reported that they dress their dogs in sweaters during the winter.