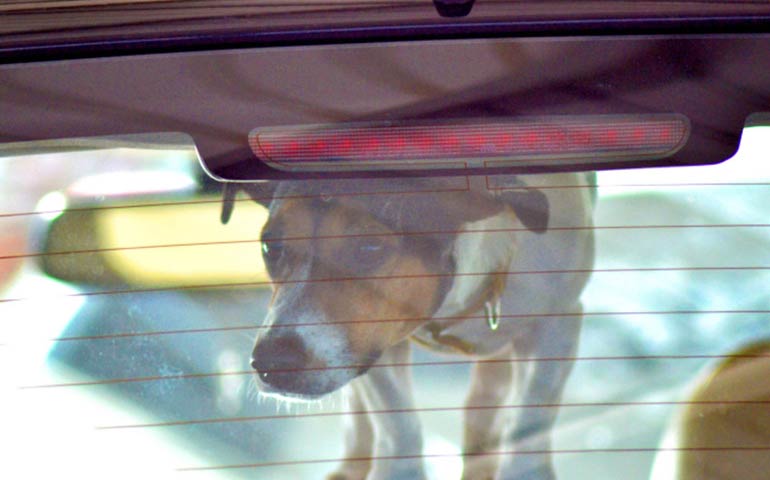 Starting next year, owners who expose their pets to extreme weather in Illinois could be facing a fine or up to a year in jail.

The state’s Humane Care for Animals Act was amended this week to make it illegal for owners to “expose the dog or cat in a manner that places the dog or cat in a life-threatening situation for a prolonged period of time in extreme heat or cold conditions that results in injury to or death of the animal.”

Hey, people who leave their pet in a hot car or outside during the winter—this means you.

If the animal is injured or dies as a result of an owner’s negligence during extreme weather, the owner may be charged with a Class A misdemeanor, facing a fine of as much as $2,500 or up to a year in jail. The law will go into effect January 1.

Illinois isn’t the first state to respond to the frequent incidents of dogs being left in cars during the summer. In Tennessee, lawmakers passed legislation protecting civilians from charges if they break a car window to rescue a suffering animal or child. In other states, it’s legal for first responders to break a car window, but not civilians. For instance, earlier this year, a retired Desert Storm vet was facing criminal charges when he broke a window to rescue a small dog from a car. The charges were later dropped.

If you would like the AKC’s help with legislation protecting dogs left in hot cars in your state, contact the Government Relations department at doglaw@akc.org.

If you're in a bind and need someone to watch your dog while you're running errands, check out this service. Otherwise, it's best to leave your dog at home.