How Human-Like Are Dogs? 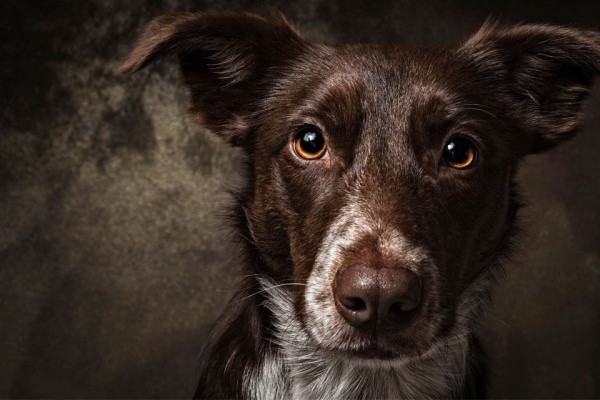 It’s easy to anthropomorphize our dogs. Sometimes they seem to have such human-like qualities that we forget that they’re probably not having the same experience we’d like to pretend they’re having.

That being said, science has shown that our canine companions actually do feel a lot of human-like emotions—perhaps more than we give them credit for.

They can love us back.

For an article published in The Atlantic, researcher Paul Zak studied the levels of oxytocin in a dog when it interacted with a another animal. He found that the dog’s levels of the hormone, which is associated with love and bonding, increased 48 percent, indicating that dogs are capable of feeling affection. Read more here.

They can feel sadness (and possibly depression).

AKC Family Dog columnist Stanley Coren recently addressed this topic in his regular Psychology Today column. He describes how veterinary experts came to learn that, as in people, serotonin levels seems to play a role in a dog's brain function, and medications designed to control those levels (i.e., antidepressants) can be effective in dogs as well as people. He notes, though, that as empathetic beings, often dogs' emotions are related to those being expressed by the people in his life. “It is important to deal with your own low spirits first, and often the resulting change in your behavior may be enough to take care of your dog’s moodiness and depression,” he says. Adding exercise, fun activities, and training into your dog's routine, he suggests, also may be useful in lifting your pet's mood.

Penny Leigh, of the AKC GoodDog! Helpline, agrees that dogs can exhibit similar symptoms as people who are depressed, oftentimes relating to sudden loss. “If you suspect your dog might be depressed, first rule out any physical causes with a veterinary check-up,” she says. “If the dog gets a clean bill of health, then try doing some of your dog’s favorite activities to see if that helps bring some spark back (car rides, trips to the park, swimming in the lake).” In some cases, medication may be necessary to help your dog, so speak to your veterinarian should you notice any changes in your pet's behavior.

They can feel jealousy.

Dog owners often report that their dog seems to act jealous when they pet another dog—but scientists have actually proven their suspicions. For a study published in the journal PLOS One, researchers from the University of California, San Diego, studied the reactions of 36 dogs when owners gave attention to a stuffed dog that barked and wagged its tail. The dogs in the study got between the owner and the toy, barked, and sniffed its rear end. When the owner showered affection on inanimate objects (a book and a plastic toy), the dogs had little to no reaction.

They people-watch (and know when we’re being snubbed).

A Japanese study, which recorded dogs’ reactions when people refused to help their owner, showed that dogs are able to observe and react to a social situation among humans. The study included a role-playing scenario, which proved that dogs will not interact with a person who they observed snubbing their owner.

National Geographic reported that in the medical journal Animal Behaviour, scientists demonstrated dogs are able to follow human gazes across the room or into space—but only if they are untrained. (The theory is that trained dogs know to look at human faces, rather than following the glance, to see what they’re being asked to do to receive their reward.) According to lead researcher Lisa Wallis, training was the “missing piece of the puzzle.”

They can process our speech.

Finally, a study in Current Biology suggested that dogs show similar patterns of processing human speech as we do. When given a command in a monotone voice, dogs turned to the right, showing that they were using the left hemisphere of their brain (what we use to process speech). When spoken to in unintelligible speech with emotional tones, the dogs showed that they used the right hemisphere of their brain, which humans use to process emotional cues. Another study found that dogs can understand intonations in voices and use that to understand what is being said to them.

But until we see them picking up their own poop, we can still consider them just pets, whom we love dearly.