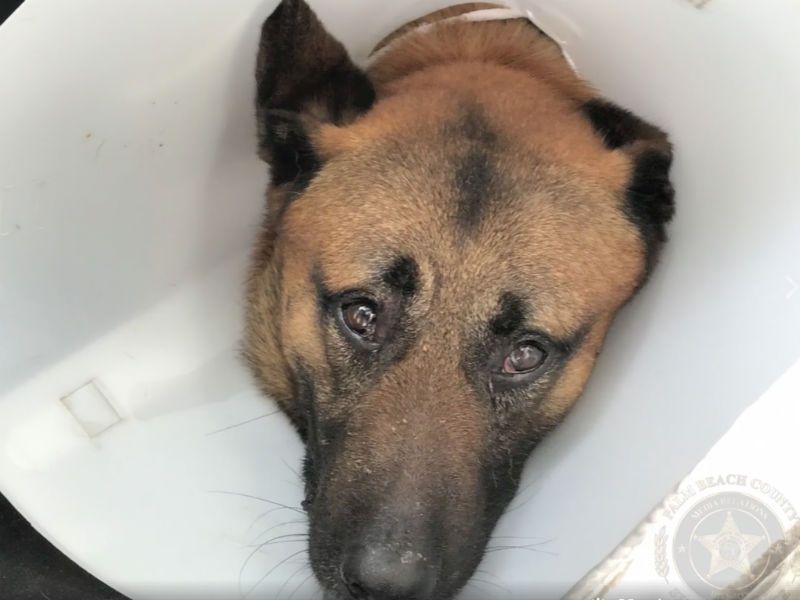 Dogs are capable of incredible things. Every day they continue to inspire us with their intelligence, dedication, and love. Take K-9 Casper of the Palm Beach County Sheriff's Office (PBSO), for example.

Casper is on his way home after taking a bullet for his human partner.

Casper and PBSO deputies were in pursuit of a suspect wanted in North Carolina in connection with a robbery, CBS reports. The suspect crashed his vehicle and began firing upon officers. In the ensuing firefight, Casper was struck in his hind leg, taking a bullet from the suspect meant for his partner.

The heroic dog was taken into surgery Saturday and “has done wonderfully, all things considered,” according to veterinarian Michele Tucker.

Now, Casper is on his way home. He's one incredible hero with a record of great work.

PBSO says that Casper is trained to detect bombs and works as a SWAT and patrol dog. His work has even included protecting the president.

What an inspiring canine. Thank you, Casper, for all you do for our country.

See Casper on his way home in the video below.

Interested in learning more about canine officers like Casper? Check out those recognized by AKC's Paw of Courage and Canine Officer Program.