Can You Guess The Dog Breed By Its Bark? 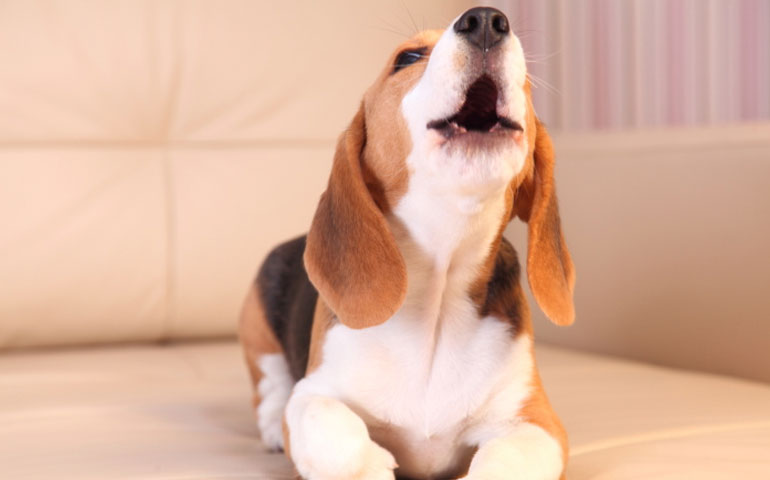 Those who watched the 2008 Westminster Dog Show will fondly remember Best in Show winner Uno prancing around the ring bellowing the trademark Beagle sound, “A-roo!”

Each breed has its own distinctive bark (or in the case of the the African Barkless Dog, the Basenji, more of a yodel).

To highlight each of those unique sounds, The New York Times met with champion show dogs and recorded their barks. The result was this fascinating quiz, featuring 12 breeds: a Beagle, a Bearded Collie, a Boxer, a Cardigan Welsh Corgi, a Great Dane, a Papillon, a Neapolitan Mastiff, a standard Poodle, a Samoyed, a Staffordshire Bull Terrier, a Weimaraner, and a Xoloitzcuintli.

To take the test (which is surprisingly very difficult), click here.

Sidenote: Uno’s popular howl got the champ booted from Madison Square Garden yesterday, where he was supposed to do a CNBC appearance. Officials heard him making noise, claimed he was “undocumented,” and forced him to leave, something the Westminster president Seán McCarthy later called a “misunderstanding.”

Is your dog barking more often than you'd like? Here are tips on how to help him quiet down from the AKC GoodDog! Helpline.