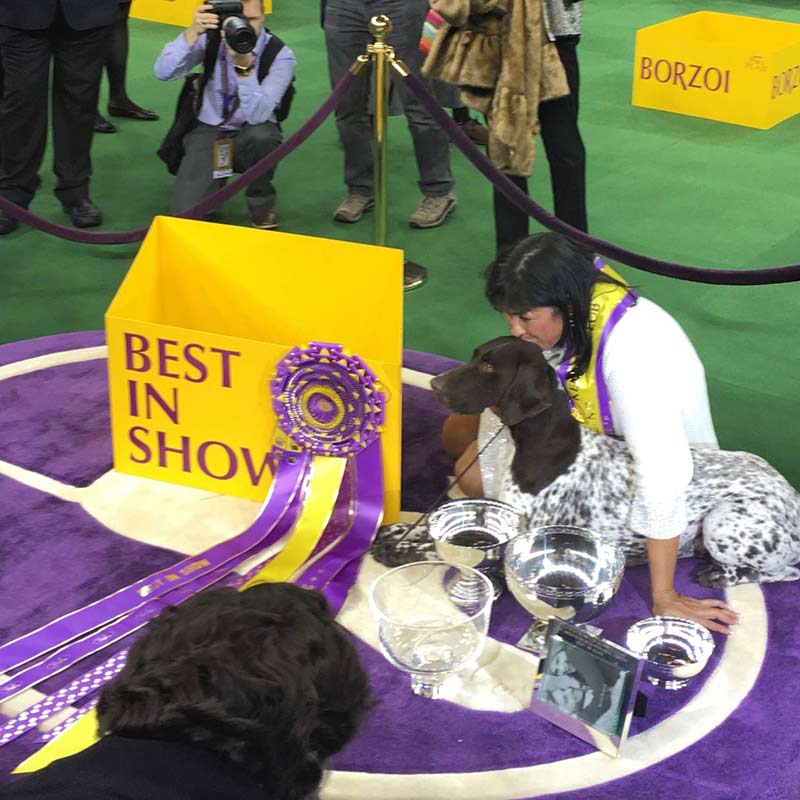 “This is something I've dreamt about,” Atkinson said. “It's shocking, surreal. He is a great Shorthair, but there were seven fabulous dogs out there.

“In the ring, he is very serious, at home, he is very silly. His best friend is a Whippet named Ramona and they run around the property … He's a typical dog, he's a normal dog, he always has to have something in his mouth.”

The Reserve Best In Show title went to CH Belisarius Jp My Sassy Girl, also known as Lucy, a Borzoi from Japan. The 3-year-old is owned by Mai Ozeki and was bred by Kyoto Ozeki. She is fed Purina® Pro Plan® Focus Adult Sensitive Skin & Stomach.