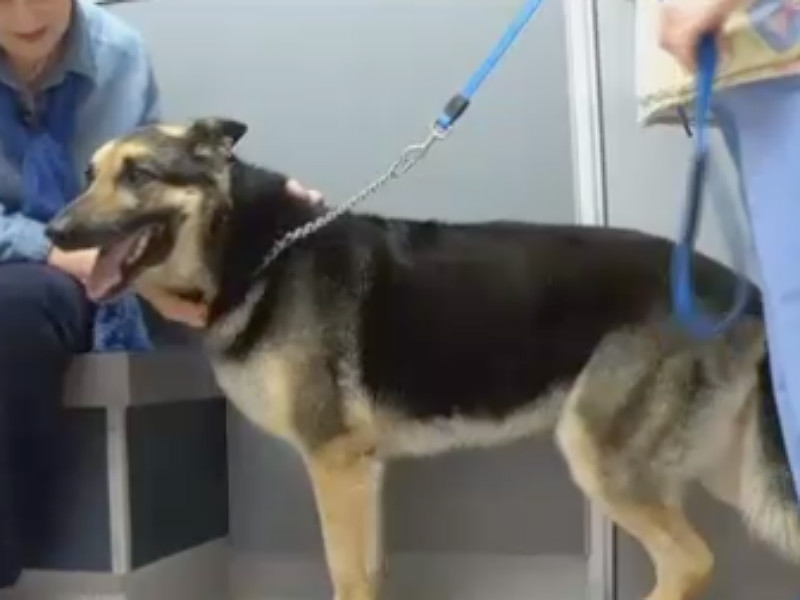 Amazing news for the McDonald family of Salisbury, NC. The couple was reunited with their German Shepherd, Molly, after she had been missing for four years, reports WBTV.

They don’t know how Molly found her way home, but when Joel McDonald opened his front door last Tuesday, he found a dog that looked a lot like Molly. He wasn’t positive it was his dog, but he had a feeling.

McDonald called his wife and they both couldn’t believe it might be their long-lost dog. They brought the dog to Animal Care Center of Salisbury in the hope that they would be able to verify Molly’s identity with her microchip.

Sure enough, a staff member named Terry checked the number on the microchip and confirmed that the dog was indeed, Molly. Terry told WBTV that she cried when she told the McDonald’s the news.

And now the family is back together again and happier than ever.

“I’ve asked her and asked her,” says Joel McDonald, “but she won’t tell me where she’s been.”

See Molly and her family back together again in the video below.

And to learn more about microchipping and the importance of keeping your information up to date in the event your dog goes missing, click here.

Illinois Family Reunited with Their Dog Thanks to His Microchip