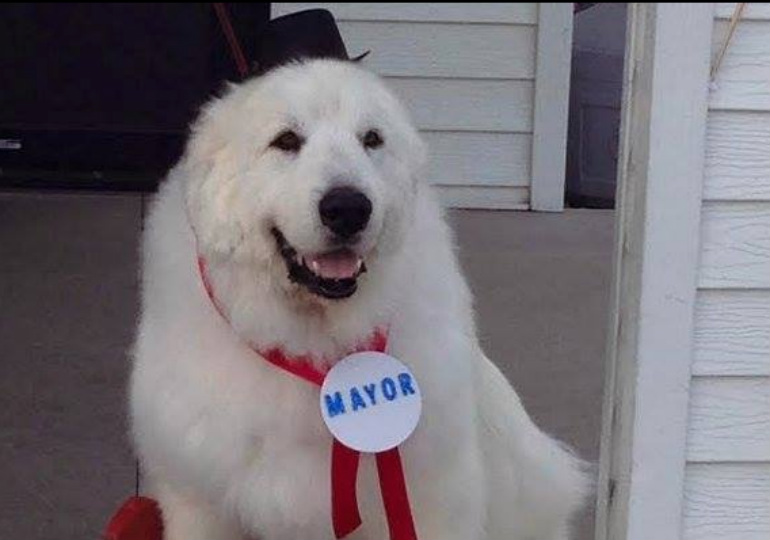 Having a hard time deciding who to vote for in the upcoming election season? How about a dog? Voters in Cormorant, Minnesota have reelected Duke, a nine-year-old Great Pyrenees for his third term as mayor.

“Three years ago, it happened by accident, it was a write in vote,” David Rick, Duke's owner, told WDAY. Now, the people of Cormorant claim that Duke has one of the highest approval ratings in the country.

Locals pay a dollar, and vote for mayor annually at the Cormorant Daze event. And it was no surprise that this year, nearly everyone cast their vote for Duke.

According to WDAY, Duke is the only dog elected mayor in the U.S.

“I don't know who would run against him, because he's done such great things for the community,” said Karen Nelson, Cormorant resident.

With that adorable face, Duke certainly has our vote!

See Duke the Dog Mayor in the video below.

Meet the K-9 Graduates Who Majored in Narcotics Detection