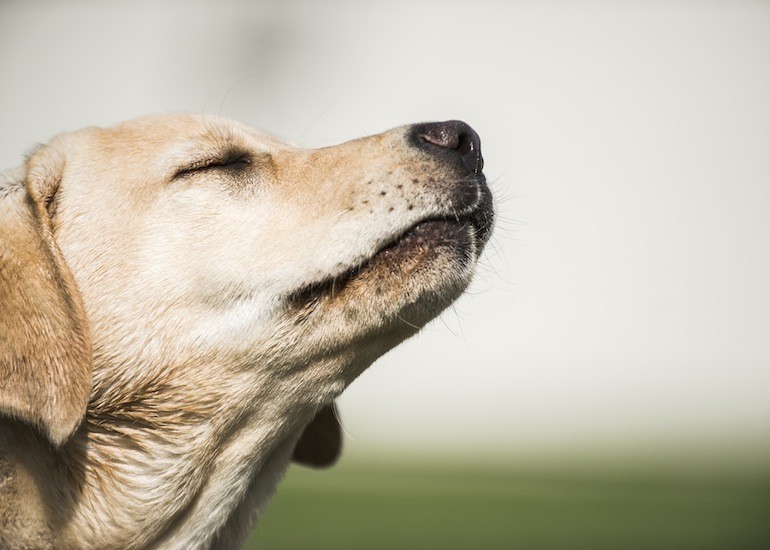 We know a dog’s sense of smell is incredible—canine noses have more than 200 million smell receptors, compared with a human’s paltry five million. This allows them, when properly trained, to sniff out everything from homemade explosives to illegal items being brought across borders to even electronic devices hidden by sex offenders.

A canine expert believes it enables them to tell time, too.

Alexandra Horowitz, founder of Barnard College’s Dog Cognition Lab, recently spoke to NPR about a dog’s sense of smell, the focus of her book Being a Dog, which was released this week. Many observant owners can confirm that their pets seem to sense when their owner is about to arrive home, for instance, or when it’s time for bed.

Horowitz believes dogs are actually able to use their keen sense of smell to determine what time of day it is:

Dogs can also tell who has visited a particular spot by the scent left behind. But Horowitz postulates that they’re also able to determine how long ago that person or dog was there based on the intensity of the scent. Furthermore, they can detect what’s coming. “The future, in a way, is smelled on a breeze from up ahead or around the corner,” she explains.

Because of this innate ability, Horowitz urges owners to embrace the “smell walk” rather than pulling pets away from objects they’d like to sniff. After all, it’s their way of “seeing” and understanding the world.