​Dogs May Have Social Skills Similar to Toddlers, Study Shows 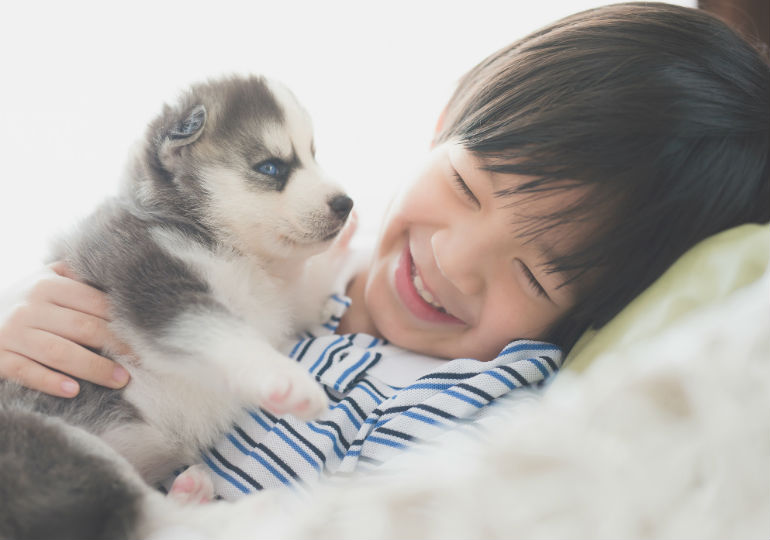 It’s possible the key to understanding social intelligence in humans might be sniffing his own butt at this moment.

New research conducted by scientists at the University of Arizona found that dogs have similar social skills to two-year-old children. The researchers, who published their findings in Animal Behavior, examined the ability of dogs (including pets, therapy dogs, and military working dogs) to problem-solve through nonverbal communication, like following a pointed finger or a human’s gaze. They then compared their notes to previous studies on two-year-old children and chimpanzees, and found that dogs and children had closer cognitive skills than children and chimpanzees did.

“There's been a lot of research showing that you don't really find those same social skills in chimpanzees, but you do find them in dogs, so that suggested something superficially similar between dogs and kids,” said Evan MacLean, director of the Arizona Canine Cognition Center and lead author of the study. “The bigger, deeper question we wanted to explore is if that really is a superficial similarity or if there is a distinct kind of social intelligence that we see in both species.”

Researchers believe the correlation comes from humans and dogs evolving together and using cooperative social skills to survive. “Potentially by studying dogs and domestication, we can learn something about human evolution,” MacLean said.

Previous studies have shown that dogs are capable of many human emotions, including love, sadness, and jealousy, and that they show signs of human-like cognition. Read more here.