​Children With Dogs Have a Lower Risk of Asthma, Study Says 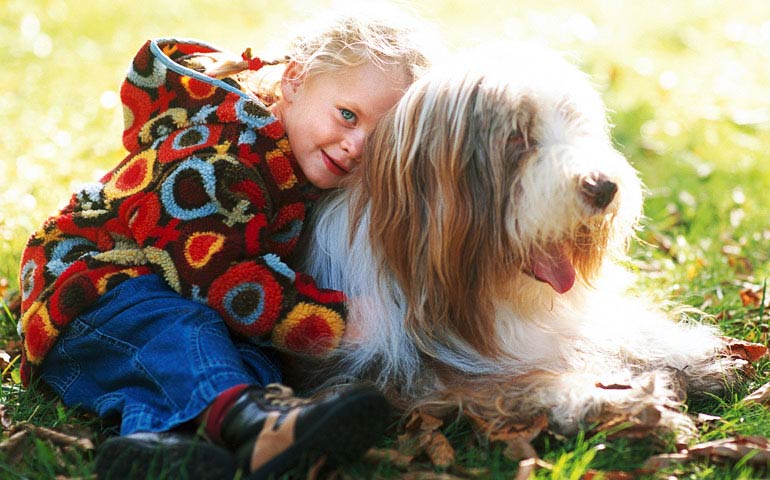 We previously listed the many ways children benefit from dog ownership, such as being more empathetic and compassionate, having higher self esteem and less stress, and having a decreased chance of developing allergies.

But that list just keeps on growing. According to a Swedish study published November 2 in the medical journal JAMA Pediatrics, children who live with dogs during their first year have a 15 percent lower risk of developing asthma by age six than kids without four-legged companions.

Researchers were inspired to study the effects of dogs on the development of asthma after learning that previous studies showed that living with farm animals reduces the risk of asthma in a child by about half.

“We wanted to see if this relationship also was true also for children growing up with dogs in their homes,” says Tove Fall, Assistant Professor in Epidemiology at the Department of Medical Sciences and the Science for Life Laboratory, Uppsala University, who conducted the study with researchers from Karolinska Institutet in Stockholm, Sweden. “Our results confirmed the farming effect, and we also saw that children who grew up with dogs had about 15 percent less asthma than children without dogs.”

The researchers used medical records of more than a million children and compared them with dog ownership registries (required by dog owners in Sweden).

According to the Centers for Disease Control and Prevention, 6.8 million children in the United States have asthma, or 9.3 percent of the country's population of children.

If you're inspired to add a dog to your household with children, make sure to research the best dog breeds for kids, and read tips from the AKC GoodDog! Helpline on how to introduce dogs to a new baby.