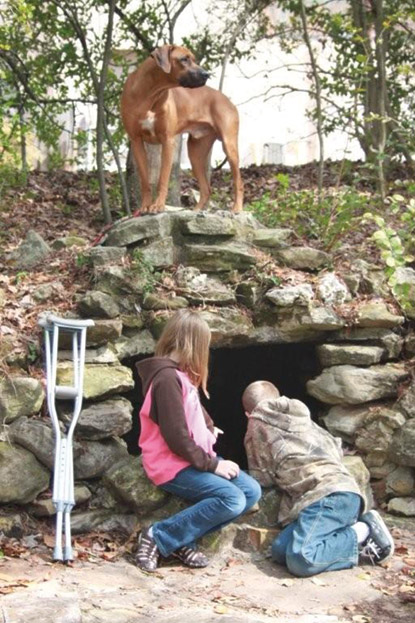 Last November I was assigned to steward for Mr. Edd Bivin at our Conroe Kennel Club show. I gathered up my things and headed to my ring. Mr. Bivin proved to be a nice man. He pointed out different nuances in some breeds and was very open to my questions (Lord knows I can have a lot of them at times, too). My daughter, who is always my partner at ringside, made sure Mr. Bivin had whatever beverage he desired as well – always delivering with a smile. This is how we both came to be acquainted with Edd Bivin.

Reprinted from The Canine Chronicle, March 2010

Fast forward to Saturday when my daughter, Isolde, is beside herself asking me to get into the living room QUICK – that she knows the guy on T.V. She is watching Eukanuba and, sure enough, I recognize the voice of the announcer. They flash to the announcers desk and there he is. Now Isolde is ecstatic at this point. Pushing her crutches aside she asks me to please hand her the phone which I do. Her uncle and junior handler friends are called and told the story of how she knows the guy on T.V. and had delivered him both coffee and water last November.

I smiled at her excitement. It’s the most positive animation I’ve seen out of her since she sprained her knee. She has been on crutches ever since which has slowed her down considerably. Her spirits have been very low. No bike riding with the dogs, no horseback riding either. But look there! She knows a celebrity! I figured that anyone that has had a judging assignment out there would get a kick out of this “celebrity” status so I decided I would look up Mr. Bivin’s email and let him know he is a star.

The email I send is short and sweet letting him know how he had inadvertently made her day, and that I hoped that in turn my note made his day a little better as well.

Within minutes he wrote back asking for her name and our phone number. I smile ear to ear as I hit send and pick up my phone calling my daughter in to the room. The clicking of her crutches let me know she was on her way. When she sat on the couch I handed the phone to her and said “someone would like to talk to you, answer the phone when they call.” Confusion more than apparent, she stared at it like I’d just handed her a gutted fish.

I walked into the kitchen and heard the phone ring. My daughter is beaming from ear to ear as she realizes who she is talking to at that moment. You would’ve thought we handed her a puppy with the look she had on her face. Isolde says her goodbyes, closes the phone, and then stares at me for about thirty seconds before beginning to bounce up and down on the couch relaying the whole phone conversation to me. The phone still close by, she called her uncle and friends as well to let them know a celebrity had called HER!

When I had sat down to write that email I had no expectations. I had hoped that it would let someone know that they made a difference in my daughter’s life. That small act of kindness paid a return ten-fold by Mr. Bivin.

It is a kindness that will not be forgotten by my daughter and myself.

Sometimes the best things that can happen to us in this world of dogs don’t directly involve a dog at all.