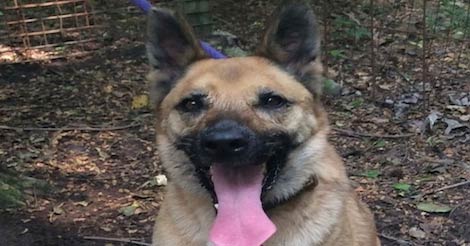 >Robby's Law, and instead gave the dogs out to civilians, including three Pentagon employees. Henderson and Solis, the Post reported, picked up the 12 dogs from K2 Solutions and then turned them over to Meredith for caretaking until they could be sold to the Panamanian government. But paperwork from K2 dictated that the dogs were not allowed to be resold, the Post explained. (The two men did not respond to the Post’s request for comment.)

After the story was released, and a follow-up editorial was published in the Post on February 16, Meredith reached out to AKC.org to offer an update.

“I’m teetering on closing my doors,” he says.

Meredith has a GoFundMe account through which he’s hoping to recover some of the $150,000-plus he spent caring for the dogs in addition to the money he lost from the dogs' occupying half of his kennel space. As of the writing of this article, he had raised just over $40,000 in the past seven months, which, he explains, has allowed him to pay his bills but not make a dent in the debt he accrued caring for the war dogs.

He is in talks with lawyers about a possible lawsuit, but he says he was told efforts to get the money back are likely futile.

“The one person who did the right thing is being penalized,” he says.

When asked if he regrets taking in the war dogs he responds quickly: “No. Because I saved their lives. They’d be dead by now—I was told to ‘dispose of them.’” Meredith provided the dogs with exercise and care to help them heal emotional wounds of war. Most of the dogs were being treated with medications like Prozac and Xanax when they were dropped off, Meredith says. By the time they were reunited with their handlers, many had been resocialized. “I’m amazed at how energetic, friendly, and happy they are. These dogs have been emotionally nourished and cared for, “Mission K-9 Rescue cofounder Bob Bryant told us in July.

One dog, Tosca, arrived at Meredith’s facility missing part of her tail and ear from a war injury. After weeks of slowly gaining her trust, Meredith was finally able to pet her, and now she is “stuck to him like Velcro.”

Meredith has decided to keep Tosca, and he writes in her voice on the GoFundMe page:

“You see we have names. We are not equipment. We served our country. We lost our lives. We saved yours. We protected your freedom and our battle buddies. We came home different than we left.”

You can make a donation to Meredith at this link.

A Change.org petition has also been set up asking Congress to perform an investigation of the handling of the rehoming of TEDD dogs. As of this writing, it has more than 1,300 signatures.

K2 Solutions has since posted a statement on its website saying that “K2 played no role and had no say in the adoption process of any of the dogs” and that it would “welcome an official governmental investigation of how the adoption of the TEDD dogs was conducted.”